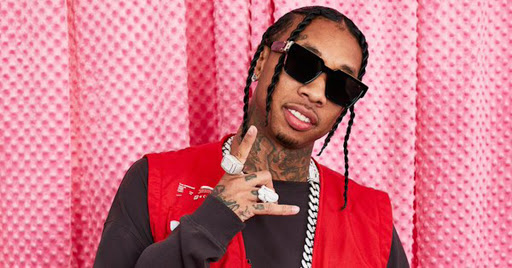 Kq9ZOSrW
Tyga is one of the lastest rappers to join the  #FREEASAPROCKY movement., a bid to try and free Asap Rocky from Swedish authorities and bring him back home.

If you're an Asap Rocky fan then you're probably aware what's happening to him. Asap Rocky was in Stockholm, Sweden when two pedestrians started getting violent toward Asap Rocky and his crew.

They were arrested for allegedly assaulting them. Now Rocky has been detained and his plea for bail has been rejected by the high court. Apparently, his status as a rapper makes him a flight risk.

Earlier this week, a tone of rappers took to their social media accounts to boycott the country's decision to detain the rapper. Tyler the creator and Schoolboy Q were among the first rappers to push for his release, soon it became a movement with several rappers cancelling tours and shows in the country until they release Rocky.

This announcement made by the rapper comes just hours after he releases a video for his new song "The light skin Lil Wayne," a single from Tyga's new album "Legendary."
The song pays tribute to the man, the legend Lil Wayne who signed Tyga to his Young Money Entertainment Group back in the early 2010's giving Tyga his big break.
If your a fan of Lil Wayne then the video will visually please you. Tyga goes through five different video re-creations of some of Lil Waynes most iconic songs.
The videos for A Milli, Fireman,  Go Dj, Lollipop and more are redone in this video. The song's pretty good and Tyga brings that magic he has to a single which is specifically unique to him.
Now whether Tyga is at the same level as Lil  Wayne is up to you to decide but him paying homage to one of the greatest rappers that have ever existed is definitely worth noting.