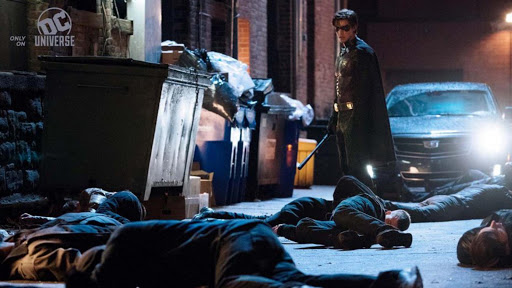 titans-publicity-h_2019
The DC universe has been having a good time lately. It seems like after a couple of missteps with their DCEU it seems like they had it figured out. After the success of Aquaman and Shazam. They had now grown a flowing and people were tuning in but unfortunately, now they have been struck by disaster.  Production has been shut down on the set of the DC Universe series "Titans" after a crew member was killed in an accident at a special effects facility.

“We are heartbroken and devastated by the passing of our treasured colleague, special effects coordinator Warren Appleby, after an accident which occurred at a special effects facility during the preparation and testing for an upcoming shoot. “Warren is beloved by all who worked with him during an impressive 25-year career in television and motion pictures. The executive producers, along with everyone in the Titans family, Warner Bros. Television Group and the DC universe, wish to express our deepest condolences, and heartfelt love and support, to Warren’s family and friends at this most difficult time.

Warren Appleby, the show’s special effects coordinator was killed Thursday.“After an accident which occurred at a special effects facility during the preparation and testing for an upcoming shoot,” according to a statement by the show’s executive producers of Warner Bros streaming service.

Warren was a highly respected special effects editor. He received a tone of awards and an impressive catalogue from the movies he's been in. Everything from The Transporter and sleeper hit Shape of Water, directed by   Guillermo del Toro  who also directed "Pacific Rim" and "Hell Boy."

“I knew Warren as a top-notch FX man but I admired him as a father and family man, and a colleague, too,” del Toro said in an interview. “He always gave you his 100 %. He was very near and very dear and an integral part of our core team. He will always be beloved and admired.”