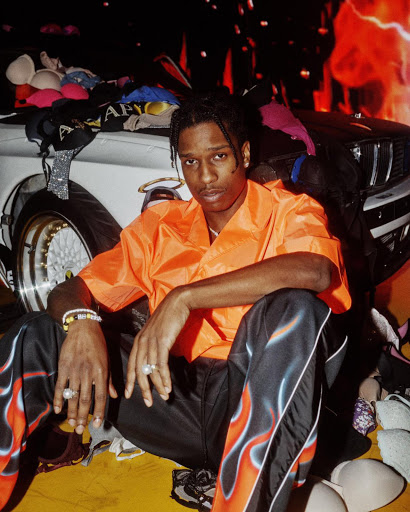 It's almost been three weeks since Asap Rocky got arrested in Sweden for being involved in a street fight with two pedestrians. All the efforts from the international community of fans and celebrities have seemed futile to change Sweden's mind to free the rapper or at least give him bail. Now the matter has been taken to higher authorities. Donald Trump says he spoke with the Swedish prime minister about the possibility of getting Asap Rocky bail in order to get him out of jail.

Trump tweeted that during “a very good call” with Prime Minister Stefan Lofven, he also “assured him that A$AP was not a flight risk.” This was one of the main reasons why they refused to let the rapper go. Making claims that he was a flight risk due to his status as a rapper. Although Sweden isn't a country whereby bail is applicable. The influence to free the rapper has come from some of the most famous individuals in the world. From Kim Kardashian, Kanye West and even Melania Trump.

The Swedish Prime Minister Stefan Lofven “made certain to emphasize the complete independence of the Swedish judicial system, prosecutors and courts,” The prime minister's press secretary Toni Eriksson said in a statement. “He underlined that in Sweden everyone is equal before the law and that the government cannot and will not attempt to influence the legal proceedings.”

“I understand that President Trump has a personal interest in the case,” the prime minister said. “He has expressed the desire for a conversation with me, which is certainly positive.”

Though Trump is making an effort to free the rapper from jail some celebrities are still holding the president accountable for other wrongdoing in the eyes of the public. Justin Bieber in a tweet thanked Trump for making an effort to free his friend. But requested the president to release children who are being held at the Mexican border separated from their family members when crossing the American -Mexican border. Trump has not replied to the request Bieber made.