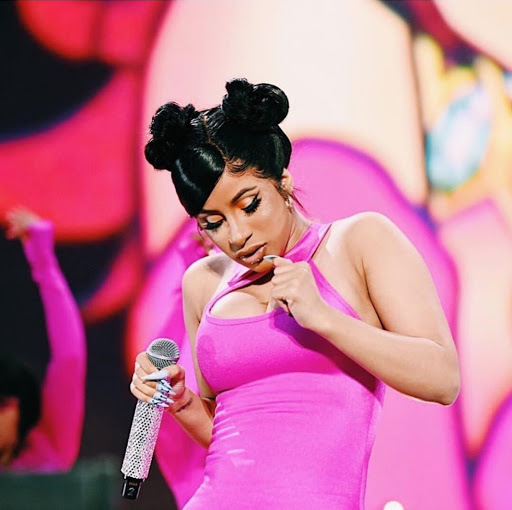 D-9T4IRWkAMaV-7
Cardi B made her fans and loved ones pause for thought when she tweeted 'Wish I was dead,' on her account. That sparked the inner supportive side of everyone whose a fan of the artiste. She's at the height of her career she's married and is a grammy winner. Why would Cardi B want to die yet life is so good for her right now?

A source had a conversation with Hollywood life “He freaked out when she tweeted that and called her right away to check-in. Offset is in Europe right now and they are both missing each other badly...They FaceTime multiple times a day but it’s very hard on both of them... Cardi always gets really moody when they have to be apart, she hates it.”

Another source from the same organisation gave some more insight “Cardi has struggled with feelings of being overwhelmed with fame and working so hard all the time and while she knows how to cope, she’s also human and has her off days, too...As soon as Cardi tweeted what she did, she realized that it wasn’t something to take lightly and decided to delete it because she knew people would misinterpret what she said and that’s the last thing she wanted to do,”

Migos is currently scheduled to perform in Germany on July 26. It seems all the hard work she's been doing has had a toll on her and the distance from her husband (Offset) makes it worse. Thankfully she's fine now. Thought the tweet wasn't a joke it supposedly wasn't meant to be taken in such a level of gravity that it was.