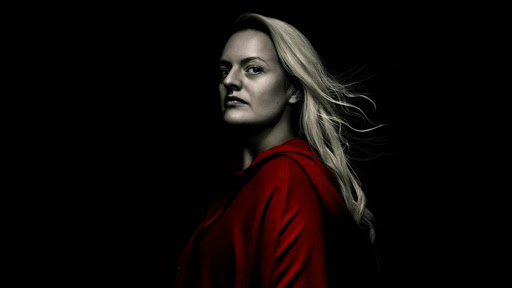 Handmaids Tale S3 available on Showmax
With this year already in the home stretch, allow me to ask: how are those 2019 resolutions looking? Not so great, huh? If your promise this year was to watch more quality TV, however, you’re in luck – it’s already been a year packed with jaw-dropping moments.

Here are some of our favourites.

The frustrations and the controversies of its ending aside, Game of Thrones still remains one of the greatest shows to ever grace our screens, and one which delivered some of the most shocking moments in television history. One of those moments was when Arya Stark, in all her glory and badassery, killed the Night King in the third episode of the final season earlier in April. It was a moment that no one, not even the restless GoT theorists, saw coming and one that gave us the best pep talk line of 2019: NOT TODAY!

Nothing brought more joy to Big Little Lies fans than the news that the great Meryl Streep was joining the show in its second season. Playing Perry Wright’s (Alexander Skarsgard) mother, Mary Louise, Streep stirred up trouble for the Monterrey Five, and no one was spared, not even Monterrey’s fearless diva Madeline (Reese Witherspoon).

All the terrifying rage, scathing looks and put-downs that Celeste and co had to endure aside, the most rewarding moment this season has to be the courtroom showdown between Nicole Kidman's Celeste and Mary Louise as they fought for custody of Celeste's twins. The whole second season had been building up to this moment, and the wait was so worth it when Celeste regained her footing and shredded Mary Louise and her dignity to pieces. This one that deserves its own Emmy category.

Determined to wean itself off its bleakness and offer a promise hope, The Handmaid's Tale decided to dial back on the trauma in season 3. While its brand of hope still leaves a lot to be desired, the show delivered on a few small wins here and there and then rewarded us with one of the most unexpected uplifting moments at the end of S3.

In the finale, we saw June (Elisabeth Moss) and the resistance save more than 50 children from Gilead and send them safely to Canada. We always knew that June's defiance was going to pay off in one way or another but to see it come to fruition was a joy to behold. To wrap up this victory, Serena Joy and her husband Fred Waterford finally got what they deserved after they were arrested for war crimes against humanity. Aah, such small mercies and what great pleasures they bring.

Idris Elba has had quite the year; from showing off his rapping skills in Boasty to tying the knot with his girlfriend to playing the villain in the Fast and Furious spinoff Hobbs and Shaw. All big moments in the wonderful life of Idris Elba but let's not forget to mention that Luther (in which Elba starred in as the brooding detective DCI Luther) made a comeback to our screens this year, and brought back with it, Luther’s psychopathic “friend”, Alice Morgan.

In Luther S5, Alice brings her troubles and enemies to Luther’s doorsteps, triggering a series of unfortunate events that lead to her falling to her death after a confrontation with Luther.

South Africa’s telenovela The River pulled no punches in the very first few minutes of its edge-of-the-seat premiere episode where we saw Lindiwe burry Tumi alive, and then shoot herself before the series jumps back a year earlier before the events of the shocking opener.

Of course, these two dramatic scenes finally played out in the season 1 finale and fans couldn’t help but wonder whether Tumi was really dead or not. This question was answered in The River season 2 when Tumi came back from the dead as though her biological mother didn’t just try to bury her alive.

Premiering right in the middle of the hype of Game of Thrones’ final season, Chernobyl captivated the world as it portrayed the chilling horrors of the infamous 1986 nuclear disaster in Ukraine, even though the series creator Craig Mazin revealed they had to tone it down because “the real thing was too distressing for TV.”

Scene by scene, this five-part series opened us up to one of the most horrific disasters of our time and the haunting aftermath of it all. Picking only one shocking moment from the entire series would be unfair but key scenes to mention are the horrifying scenes at the hospital, a helicopter exploding while trying to put out the fire and the final trial scene.

The cult fantasy series The Magicians is no stranger to major plot twists, and so it was expected that the fourth season wouldn’t be any different. However, the final episode delivered a shocking blow to fans with the death of star and flawed hero Quentin Coldwater, who first introduced us to this world of magic way back in season 1.

The heart-breaking finale saw Quentin make the ultimate sacrifice to defeat the monsters and seal them away once and for all so he could save his friends and restore magic in the world. And no, he’s not coming back. Ever.