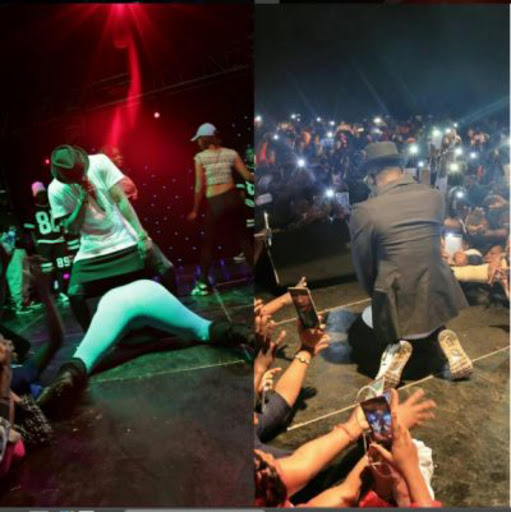 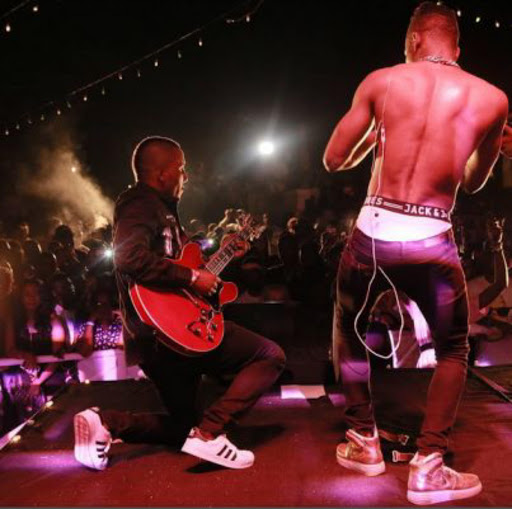 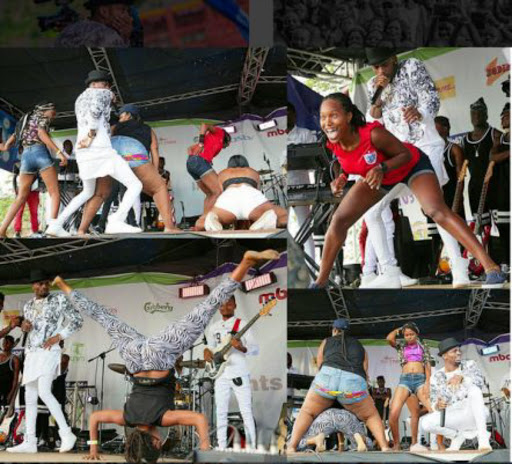 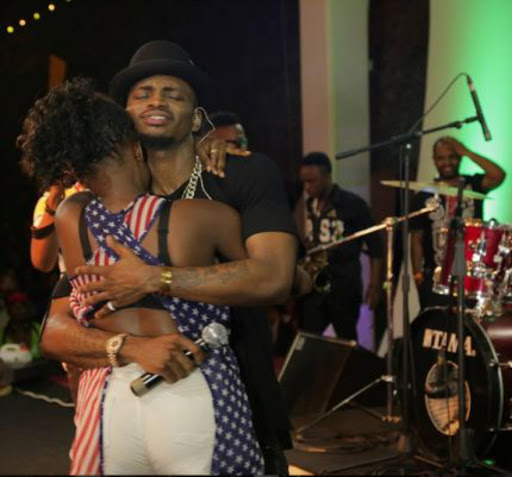 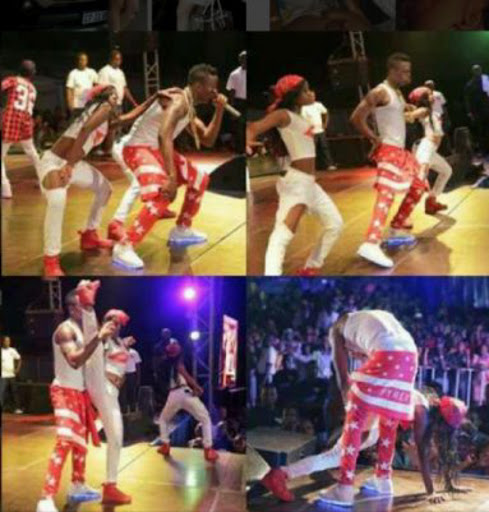 Diamond Platnumz has hit the headlines yet again! This time, not for his music or his fashion sense but for how he gets carried away during his performances on stage. He recently won an award for Song of the year i, for his hit song 'utanipenda' in the just concluded AFRIMA ceremony, proof that he's made it.

But hey! the 'nasema nawe' hit maker seems to forget that he is a family man.

Platnumz  is married to the sexy South-African Uganda based socialite Zari Hassan and both are proud parents of a one-year-old daughter, Princess Tiffah. Although Zari already has three kids from her previous marriage, it seems that love has conquered all for the two love birds who are awaiting the birth of their second child, a boy.

This will make Zari a mother of five, but she still looks gorgeous. The two got married at a private wedding in Dar es salam and Zari the boss lady is apparently 9 years older than Baba Tiffah proving that age is nothing but a number.

Have you seen Diamond's stage performances? Quite electrifying I Must say. And one thing always stands out; the legion of female fans who attend his concerts and jump on stage to dance with him.

Diamond is quite the dancer and it goes without saying that he is carried away when gyrating with the fans on stage. A little raunchy I must say. Does this make Zari uncomfortable at all?

Here are five times when Diamond proved he is ratchet;

1. Diamond is twerked on by a fan while he performed in Malawi while another does the 'headstart' style when the song 'nasema nawe' began playing.

2. What a performance, can you see where that fan is dancing from?

3. He hugs a fan a little too close for comfort, wouldn't you say?

4. It must have been hot that 'simba' as fans call him, decided to remove his clothes