Jowie Irungu is the prime suspect in Monica Kimani's death that took place on September 19, 2018 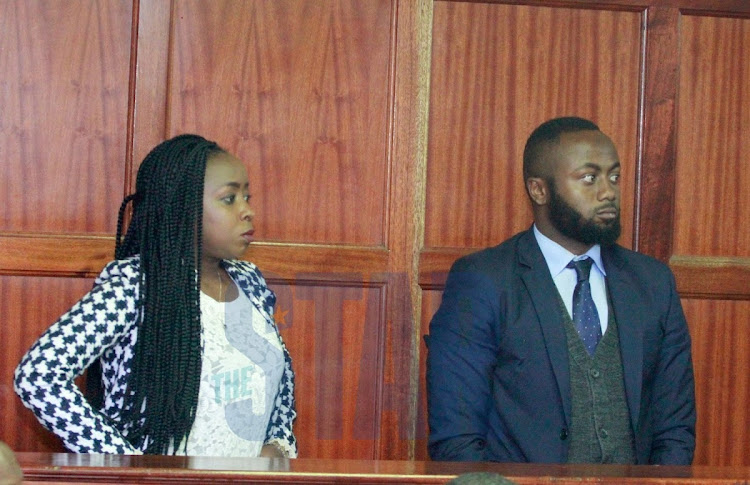 Jowie Irungu with Jacque Maribe in a courtroom
Image: The-Star

The Monica Kimani murder case is still ongoing. Yesterday, a police officer investigating the death testified that there were inconsistencies in phone numbers connected to the case.

DCI officer Jonathan Limo attached to Safaricom told the court that some of the numbers he was given were not connected to the case.

The sleuth explained that of the seven numbers in the case, only four were connected to Monica’s case.

He stated that the four numbers were found to belong to Jowie Irungu, former Citizen TV presenter Jacque Maribe, Ahmed Mustafa, and the deceased businesswoman Monica.

Calls from the late Monica indicated that she last communicated with Jowie on September 1, from Dennis Pritt Road.

Presiding Judge Grace Nzioka also heard that no calls were made from Monica's phone from September 19, 2018, from 11 pm.

Limo explained that the phone records didn't match records that were earlier presented in court that indicated Jowie's phone was traced around Denis Pritt road on September 19, 2018.

Limo told the court that Jowie's number was traced around Kileleshwa on the day Monica's death was reported at around September 19, 2018, at 9:19 pm.

It was then traced at Nairobi Gospel of God Church Valley Road at 11:54 pm before being spotted at the Royal Park Estate in Langata, where he lived with Maribe.

A day later, Jowie’s phone was located at Madaraka before visiting the Kijabe Hospital on September 23.

The signal was traced to Gitaru and back to his Lang'ata residence.

Later that same night, the phone was traced at Lang'ata Royal Park and then Lang'ata DoD.

Limo further said that Jowie only received and sent messages from September 19, but it was unclear who he communicated with.

Jowie's lawyer requested Limo be excluded as a witness because he is not a technology expert.

Chief Inspector Fredrick Michuki, the officer-in-charge of CCTV at the Directorate of Integrated Command Centre, gave the court the movements of the ...
Entertainment
1 year ago