One of the nurses has already pleaded guilty to the charges 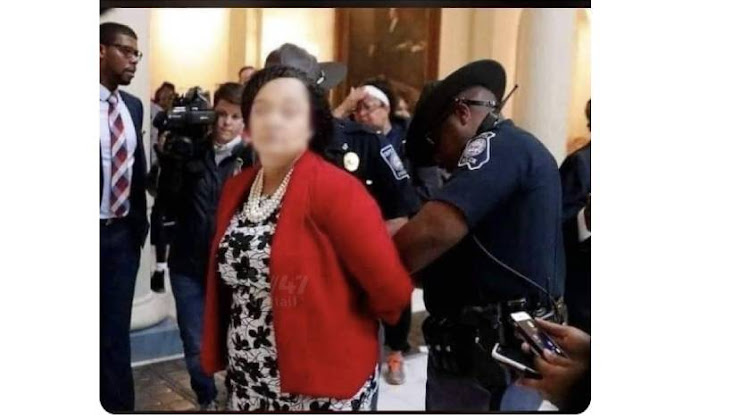 Kenyans are making headlines abroad and not for things we should be proud of.

Two Kenyans, a nurse called Winnie Waruru and her alleged accomplice, Faith Newton have been accused of swindling as much as Ksh 12 billion (USD100 million) from the Massachusetts healthcare sector.

According to the statement released by the authorities, the scam started in January 2013 while Winnie worked as a home health nurse at Arbor Homecare Services LLC.

"According to the indictment, from January 2013 to January 2017, Newton was part owner and operator of Arbor Homecare Services LLC. Waruru was a Licensed Practical Nurse employed as a home health nurse at Arbor."

The statement went on to claim that Winnie and her co-accused had "engaged in a conspiracy to use Arbor to defraud MassHealth and Medicare of at least $100 million by committing health care fraud."

The statement also added how the swindle involved, "paying kickbacks to induce referrals" with Newton then allegedly laundering the ill-gotten gains."

In short, the fraud was centered around billing the state for either work not done or health visits that were unnecessary.

"They also allegedly entered sham employment relationships with patients' family members to provide home health aide services that were not medically necessary and routinely billed for fictitious visits that did not occur," added the statement from Massachusetts authorities.

Newton and Waruru lived life with a big spoon as they were spotted driving a Maserati and Range Rover while allegedly having money in 40 bank accounts.

That's not all, the two allegedly even had 5 properties in the country.

US Senior District Court Judge George A. O’Toole Jr has scheduled sentencing for January 12, 2023, according to a release by US Attorney Rachael Rollins.

Newton herself has pleaded not guilty pending trial.