Mudavadi reveals the billions he's worth 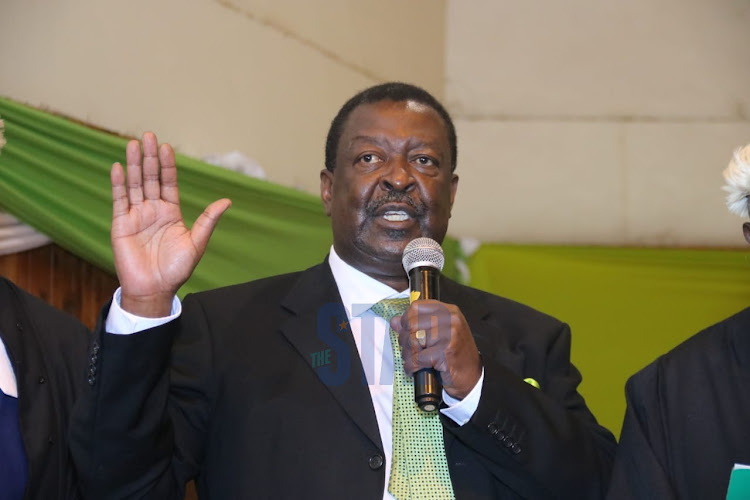 Musalia Mudavadi, the Prime Cabinet Secretary has disclosed he is worth Sh4 billion.

Facing the Committee on Appointments for vetting, today the politician said,

"If I take my investment in share in some companies and also properties that I own I would put my net worth at about Sh4 billion.

He added that his current and anticipated income are from rental income, dividends from shareholding, interests and other expenses that come from the farm.

The former deputy Prime Minister is the first to face the vetting panel.

Other nominees to be vetted on Monday include former Speaker of the National Assembly Justin Muturi who is the nominee for Attorney General, Aden Duale (Defence), Alfred Mutua (Foreign and Diaspora Affairs) and Alice Wahome (Water, Sanitation and Irrigation).

Under the Executive Order No.1 of 2022, President William Ruto clearly designated the roles for the holder of the Office of the Prime Cabinet Secretary including handling the Government Delivery Unit. Other than assisting the President and the Deputy President in the co-ordination and supervision of Government Ministries and State Departments, key roles for the Prime Cabinet Secretary include;

Liaising with the ministry of Interior and National Administration in overseeing the implementation of National Government policies, programmes and projects together with chairing and coordinating National Government legislative agenda across all ministries and state departments for transmission to coalition leaders in Parliament.

Mudavadi will also be tasked with chairing the Principal Secretaries Committees and supervising the technical monitoring and evaluation of Government policies, programs and projects.

The last position Mudavadi held in government was that of Deputy Prime Minister and Minister for Local Government between 2008 to 2013 in the Grand Coalition Government during late President Mwai Kibaki’s tenure.