Most visited website Kenyans visit is one you've never heard of 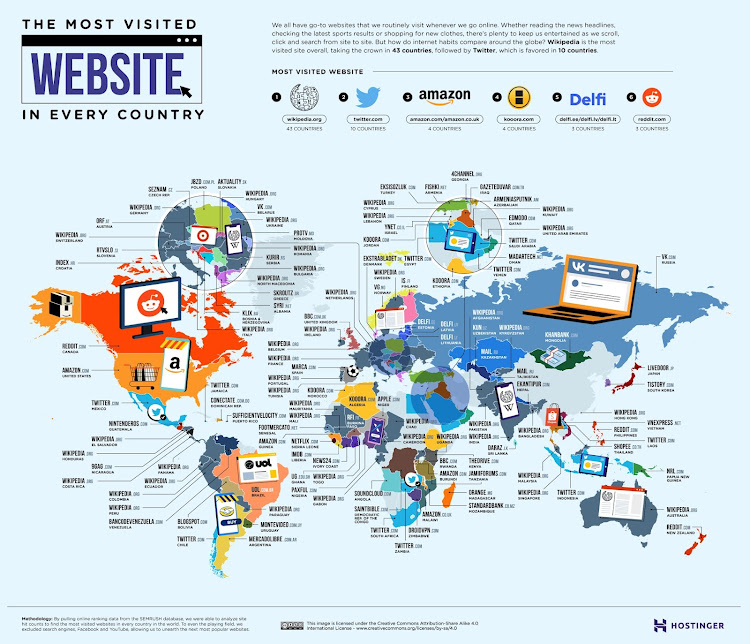 The top website visited by Kenyans with at least one million internet users is thedrive.com. (How is this even possible?)

This is according to data collected by hostinger.com, which compares the world's most visited websites in every country (that isn't a search engine).

Kenyans spend more time on thedrive.com than anywhere else.

But comments from citizens don't seem to agree.

b@Bingo_Classic·This photo is misleading. I'm from Kenya and no one even cares about http://Thedrive.com I didn't even know such a website exists.

But ranking worldwide, here is the list of the world's most visited websites:

Many people online disagreed with the ranking. Some of the comments are below;

Hostinger also found out that Wikipedia takes the crown as the most visited website in 43 countries, showing the world seemingly has a deep thirst for knowledge.

Twitter took second place and Amazon third, proving their value as two of the most valuable sites on the web.

To find the most visited website in every country, hostinger pulled online ranking data from Open .Trends report, utilizing their “All Industries” section and specific popular categories such as “Newspapers,” “Banking,” “Apparel and Fashion,” and “Food and Beverages.”

Finally, hostinger filtered the data to discover the top website visited in each country with at least 1 million internet users.

Hostinger found the top websites overall and the top site per specific category before displaying our results in a series of world and continent maps.

The data was collected in June 2022. Check out the infographic below; 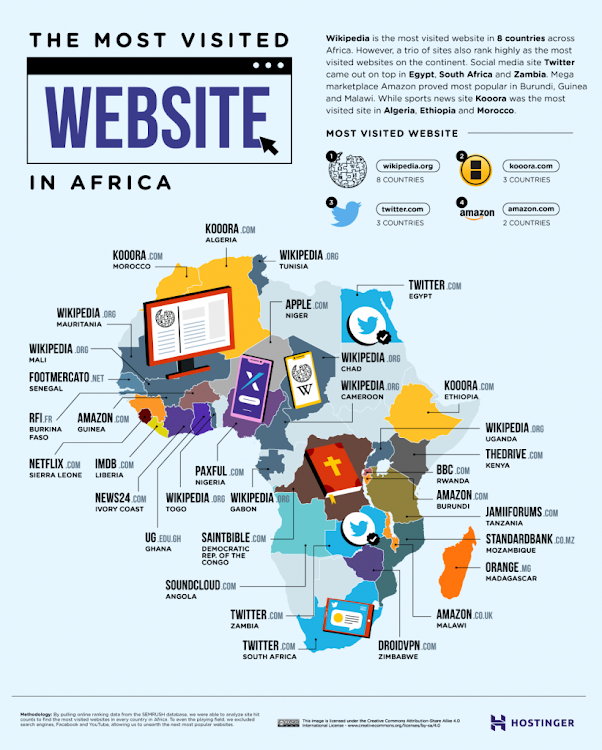 The Nigerian internet fraudster, Abbas Ramoni, popularly known as Hushpuppi had his verified Instagram account of over 2M followers taken down ahead ...
Trending
1 month ago

Yoh! This week on our hot and entertaining segment #TheKissRoundUp we focus the spotlight on top stories making headlines in the Entertainment ...
Entertainment
1 month ago
WATCH: For the latest videos on entertainment stories