Mama Ashanti: A fusion of West and East African cultures 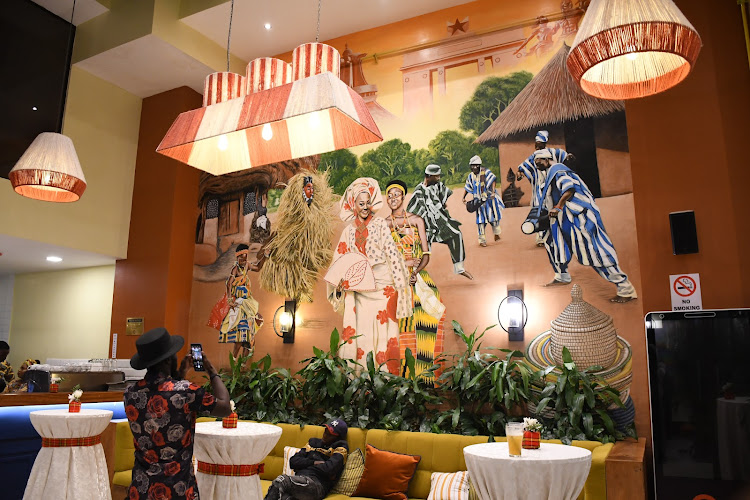 Set in the heart of Kilimani and now with a branch at The Waterfront, Karen Mama Ashanti is a hot pot of cultural merging.

Once you walk into their new branch at Waterfront you're fully captivated by the long hanging lights, rustic look, and bright African art murals on the walls.

During an interview with Mpasho’s Hannie Petra, Mama Ashanti’s Directors Afum Matta and husband Hawas Matta revealed that they coined the name of the restaurant from a tribe of warrior women in Ghana.

And the restaurant has lived up to its name from thriving in a foreign land to surviving the pandemic and branching out to a second location in the city.

The other directors include Nana Boateng and Mr & Mrs Kris Senanu.

The restaurant's menu is quite extensive with an array of West African dishes to offer.

From dishes such as fufu to egusi, jollof, okra/seafood okra, pounded yam, pepper soup and so on.

And contrary to popular belief, they don't import their products. They source from local farmers, yes okra though not popular is grown in the country.

To accommodate their local clientele Mama Ashanti has made it a point to serve spicy West African dishes with chili on the side rather than mixing it in the meal.

Afum says what she loves most about both West and East African cultures is how similar in some ways they both are.

"For example our jollof rice is similar to Kenya's pilau. Their spicy levels depends on ones preference.... Our greens are similar as well... the preparation style is the only big difference," Afum noted.

I had the pleasure of trying their meals while at the launch of the Karen branch and I must tell you, delectable is an understatement!

Personal favourites include pepper soup (which is a must try for everyone) and fufu.

Fufu is however an acquired taste so you have to give it a few bites before it fully grows to you.

Mama Ashanti restaurant has been in existence since 2014 and over the years it has organically grown into what it now considered an authentic West African brand.

Serving delectable meals consistently in a warm and welcoming environment that makes you “feel at home."

Nubian Sabala Festival is back after 2 year hiatus

How to prepare sweet potato pancakes