Dating tips: understanding body language that says you like each other 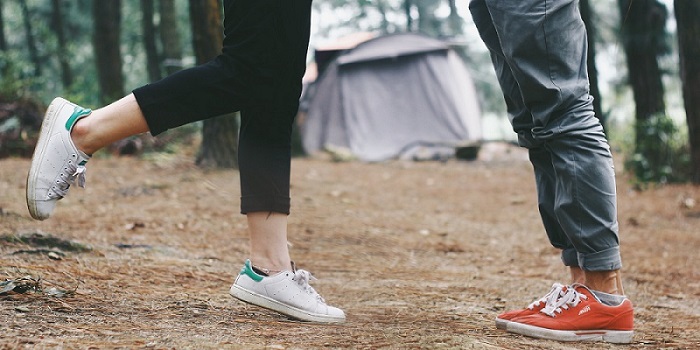 Him and her. They look at each other. A spark runs between them. Attraction happens. Curiosity is born. Magically, no words are needed. However, not all of us can distinguish the signs that a person we are attracted to send us.

By the time a man and a woman want to share affection, they’ve most likely than not already had some form of communication. And if “something” happens between them (interest, attraction or intimacy), then it usually becomes clear without the use of words.

Body language - an elusive, ambiguous, peculiar code consists of a huge range of signals that can include manners, movements, poses, looks and that leads to the "dance of seduction".

Attraction is not a choice. People who simply visualize in their minds about how they want their partner to behave tend to pay more attention to simple conversations. For them, body language remains mysterious. However, those who are more in tune with their body and energy, which allows them to win the heart and feelings of a potential partner don’t have to pay attention to unnecessary words.

Get acquainted with the most common signs people send out and use them when you want to create attraction. You can even use it to play in the dating game and yes, even if you’re a very young woman seeking older men, these things work.

Women have strong intuition and pay more attention to these signals when they see a man they are attracted to. It is said that the main parameters are rhythm and measure.

Sitting: Straight back, chest forward. Some women like put one leg on another, often changing them, like Sharon Stone in the famous scene from "Basic Instinct." They also often pat their feet seamlessly, as if checking for tights or stockings under their clothes. They can sometimes swing their feet, pushing their toes up.

Smile: It can be barely indicated, or it can be open and happy. Some women barely bite their tongue, lick or bite their lips - a sensual gesture that is far from the way we bite our lips when nervous.

Eyes: She looks at the man straight in the eyes and lingers for a split second, no more; otherwise, there will be a sense of obsession. After that, she looks away, and after a while, the eye game is repeated. Each has its own style: someone's look can be fun, someone's seductive, someone's timid.

Hair: Often, touching the hair means the woman sends you signals. She runs through it with a hand, straightens, or shakes her curls. However, be careful: if she twists a strand of hair on her finger, it manifests more anxiety than eroticism as the practice shows.

Hands: The woman is slightly stroking herself, and this becomes a proposal to a potential partner - after all, these touches make him want to touch her. She touches the face with fingers slightly, lingering around the lips and eyes, or moving to the hair to straighten or folding the strand.

The movements are soft. Often, if she touches any object - a glass or a bottle, standing on the table, she does it focused and slowly. Sometimes she can touch the man, as if by accident (for example, reaching out to take a glass), or to show some care (removing a hair from the jacket).

Movements: An important point. A woman often changes her posture, and it is absolutely natural. She can lean forward to the man, thus reducing the distance and creating a more intimate atmosphere, and then again a little to bend back, which ultimately looks very seductive.

Walking: It's an art. The woman goes, shaking her hips, and this movement should not be provocative or too playful, otherwise, it will look vulgar. If it is done gracefully, the man will not resist.

Men are visual creatures. Their arsenal of non-verbal signals is way much smaller than that of women: it has little tinsel; it works due to the magnetic appearance of the man, his gaze and gestures.

Imagine a man dancing the tango: he does no tricks, on the contrary, moves with calm confidence, allowing his partner to concentrate on his artistry and virtuosity.

Standing: Straightens his back, shoulders, chest. He stands firm on the ground, makes no unnecessary movements. He can stand, leaning on something and from there he "shoots" with his eyes, sending signals to the woman and at the same time inviting her to look at him.

Sitting: Back straight, shoulders straight, arms on table or armrests. He sits, spreading his legs, his posture is natural, sometimes he can sit foot to foot, with an ankle on his knee.

Look: Everyone has their own style. Someone slightly covers his eyes, using the so-called "predator look." Sometimes men's looks are longer and more insightful than women's - that's exactly how he takes on the role of a hunter - but they do not imply obsession.