Ten Types Of Men to Completely Avoid Dating!! Run the other direction.. 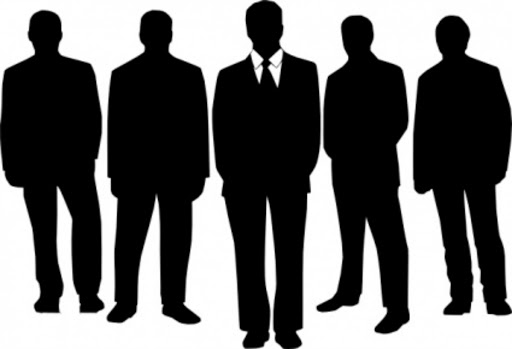 men_in_black_clip_art
There are plenty of women always searching for the 'One'. I am not a relationship Guru but I am gonna point out men to run away from without looking back.

These men are most likely going to cheat on you with the next hot thing. If he can cheat on his wife who are you? I always hear excuses like " he was forced into it, ammm.. his going to leave his wife". Girl quit playing yourself, chances are like 0 out of 100 he's gonna leave, there is a reason that's his wife.

This are Mr know it all kind of n##gas, who consider themselves  the chosen one's. Every time you say a word they are quick to show off how smart they are and make you feel like you've never stepped inside a classroom. Next time they hit you with that brainy bull cr#p be like, Deuteronomy 29 "not everything has been revealed to man".

These are the type of men who run to their mums every time you fight. I'm not saying don't tell your mum but every time!  Then hell rains on you every time you visit the mum, she keeps looking at you with some mean side eye. While mumbling some 'Riswa' type of thing, as if she's trying to commit an exorcism.  It's cool for a man to love his mama, but please let's have some privacy.

I must admit there is something attractive about this kind of guy. You already know what he wants but why you trying to have a relationship with him? Talking bout " I'm gonna change him, all it takes is love", amm... rain check, you and 50 other girls want to change him and give him love. He has plenty of love, he justs want some...

This is the guy that slaps your hand every time you want to take a fry from his plate. He's always like 'this is my space and that's your space', N#gga bye ain't nobody got time for you astronauts.

Such men always reply with a 'K' or just blue tick you after writing a whole paragraph of how you feel. If you go for a walk with them they walk so fast you have to keep running to keep up with them. They always introduce you as 'cool people' or call you some other girls name. Run girl.. Run.

This is the guy who wears Nike written Hike and brags about how expensive they are. He tells you he lives in a mansion then takes you to the SQ next to it. He has an accent but it automatically disappears when he meets one of his boys. Do I need to say much..

He's always trying to say something dirty close to you... no N#@ga we don't need foreplay. They sit you in front of them to have a deep conversation, your eyes end up so teary from all the garlic. If his worth it just stack up some tooth paste.

Where do I start. When you block him, he has other means of finding you. He sends you texts like "l can see you, come to my house for lunch, why ain't you replying'. They always end up becoming some stalkers and creep up on you when you least expect it. I call them the 'ghost n***as'. They disappear and appear at the same time.

10.The Ones afraid of Commitment

Every time you mention the following words he gets a panic attack or some seizure; Boyfriend, We, Marriage, Official. He always has some crazy story about some crazy Ex who broke his heart and now he can't trust any girl. Whaaat...., yet you've dated him for over a century and you have more information on him more than the FBI does. Girl run!