The smash-hit single topped the Billboard singles charts for the 17th week in a row, breaking the previous record originally set by Carey and Boyz II Men for their 1995 hit One Sweet Day.

The record was later tied by the 2017 smash hit Despacito by Luis Fonsi, Daddy Yankee and Justin Bieber, but now Lil Nas X has the undisputed record, which Carey congratulated him for. 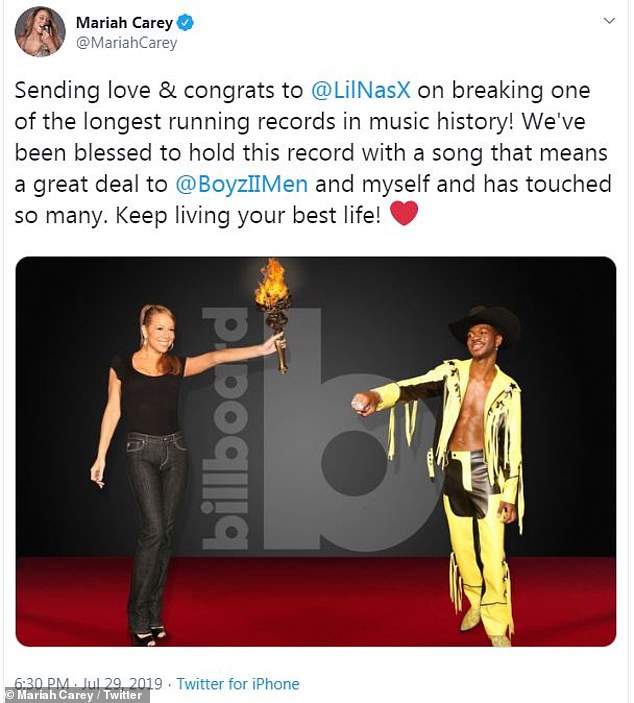 Carey took to Twitter to share a photo of her literally passing a torch to the 20-year-old rapper (real name Montero Lamar Hill) along with a heartfelt message.

‘Sending love & congrats to @LilNasX on breaking one of the longest-running records in music history!,’ Carey began.

‘We’ve been blessed to hold this record with a song that means a great deal to @BoyzIIMen and myself and has touched so many. Keep living your best life!’ she added. 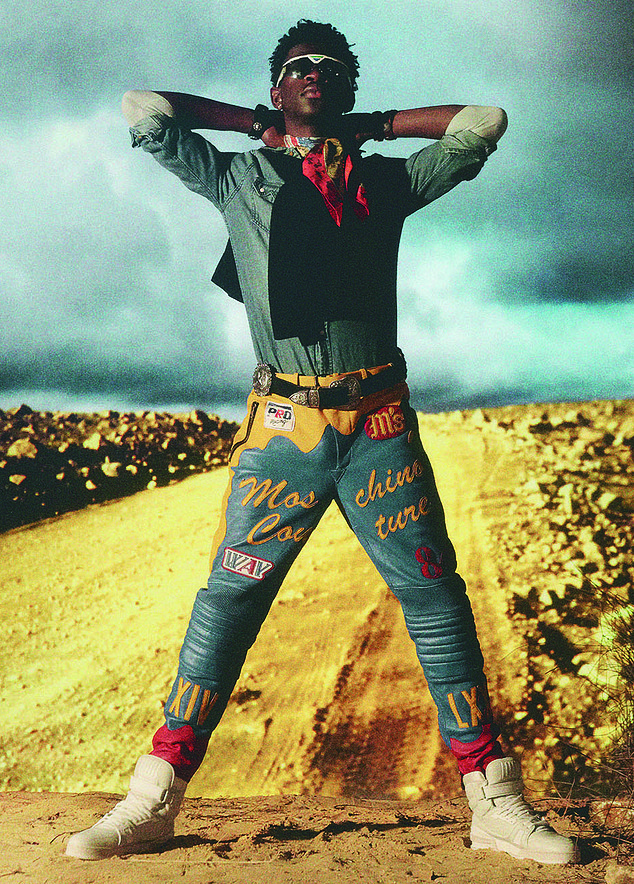 On Instagram, she added an additional statement, revealing, ‘One Sweet Day will always hold a special place in my heart and I want to thank anyone who’s ever told me how this song has affected them and their loved ones.’

Old Town Road’s success is even more impressive given that it was originally released as an independent single in December 2019, gaining massive popularity through the TikTok app.

The rapper was signed to Columbia Records in March 2019, and shortly thereafter, it made history for debuting on the Billboard Hot 100 charts, along with the Hot Country Songs and Hot R&B/Hip-Hop charts, the first song to debut on all three charts at the same time. 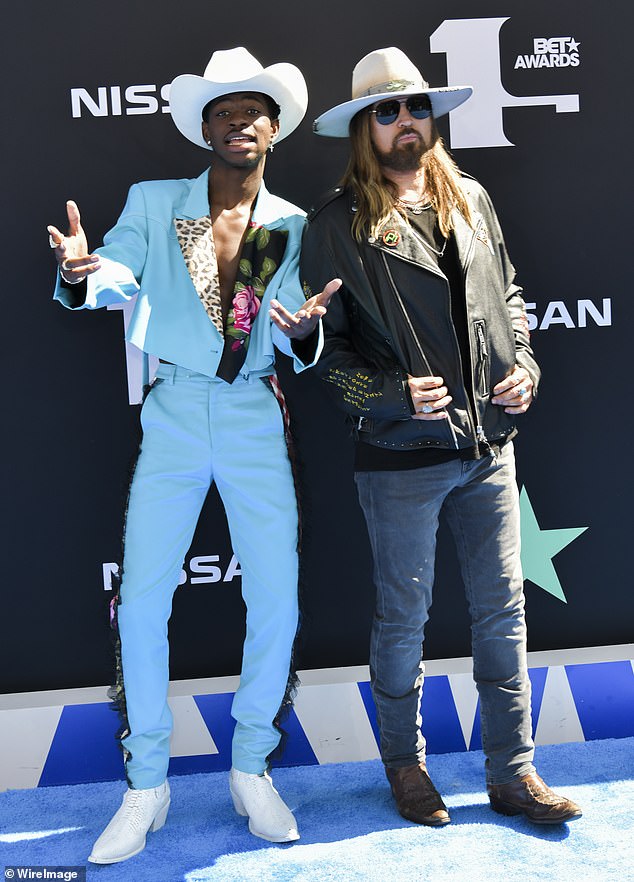 Despite debuting on both the hip-hop and country charts, Billboard quietly removed the song from the country charts, which the rapper said he was ‘extremely disappointed’ by.

He would later describe the song as a ‘country-trap’ song, combining country music and trap music, stating he believed the song should be on both charts. 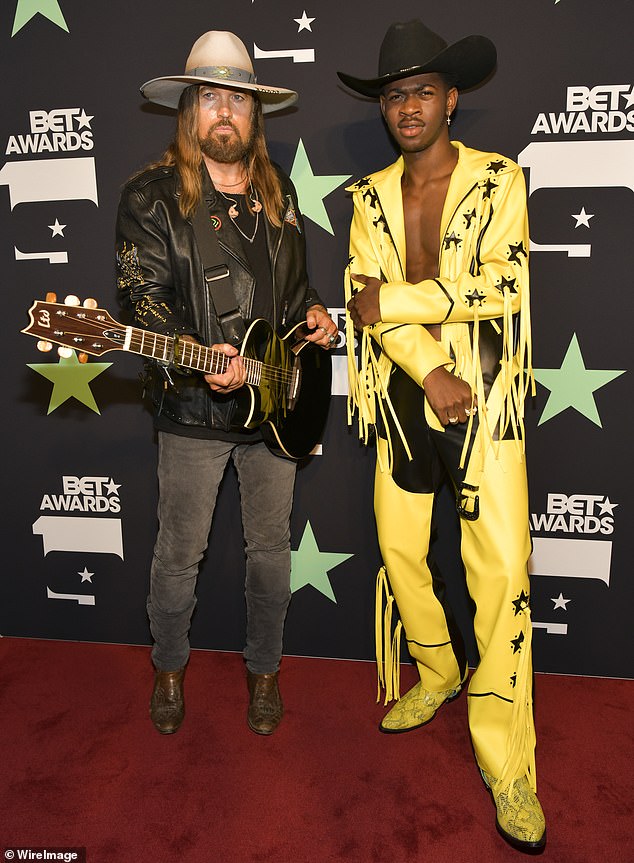 Lil Nas X also came out as gay on June 30, the last day of Pride Month, making him the first artist ever to come out as gay while having a #1 song.

He released his first EP, dubbed 7, in June, an eight-track EP that features both his original version of Old Town Road and the remix with Billy Ray Cyrus.

The album debuted at the #2 spot on the Billboard album charts, with 77,000 equivalent album units earned, of which 4,000 were in album sales. 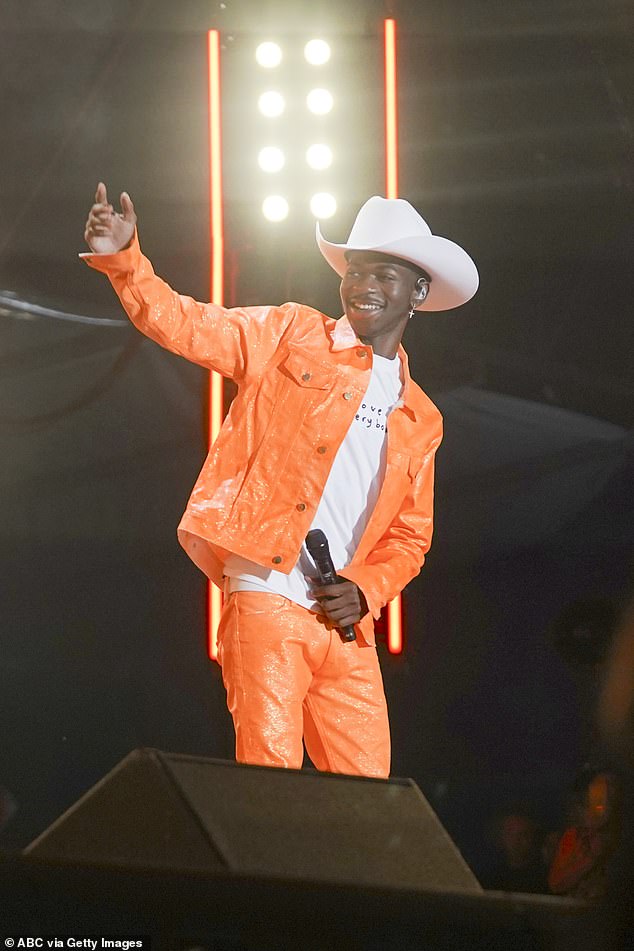 Mariah Carey trying to find out who’s leaking her information