This year has had it’s ups and downs as far as movies are concerned. Probably one of the genres that haven’t had some proper representation is Horror. Although there are some highly anticipated sequels to beloved horror movies such as “IT Chapter 2” and “Doctor Sleep,” coming later on. We need a solid horror movie to keep fans satisfied until we get there and Crawl was just perfect.

You’ve probably not heard of this movie. I wouldn’t blame you, it didn’t have a lot of promotion. But make no mistake, it’s pretty good. Going into this movie, you’d expect something mediocre. It’s based on the main character Hailey (Kaya Scodelario) and her father Dave (Barry Pepper) getting stuck in the basement of his house during a hurricane and they have to survive a tone of alligators trying to tear them apart.

The main character in this movie, Hailey, is a really good swimmer. An ability that’ll help her a lot as the movie progresses. And she doesn’t have a really good relationship with her father. As the movie goes on you kind of get to see the two connect. It’s just enough character-building that makes the movie a bit more interesting.

The two of them are forced into this confined space where they have to protect themselves and when a movie is forced to spend a large portion of its time in one place. That forces the makers to be a bit more clever. For example, the alligators have access to different floors the higher the water level rises, that poses a problem to the Hailey and Dave. 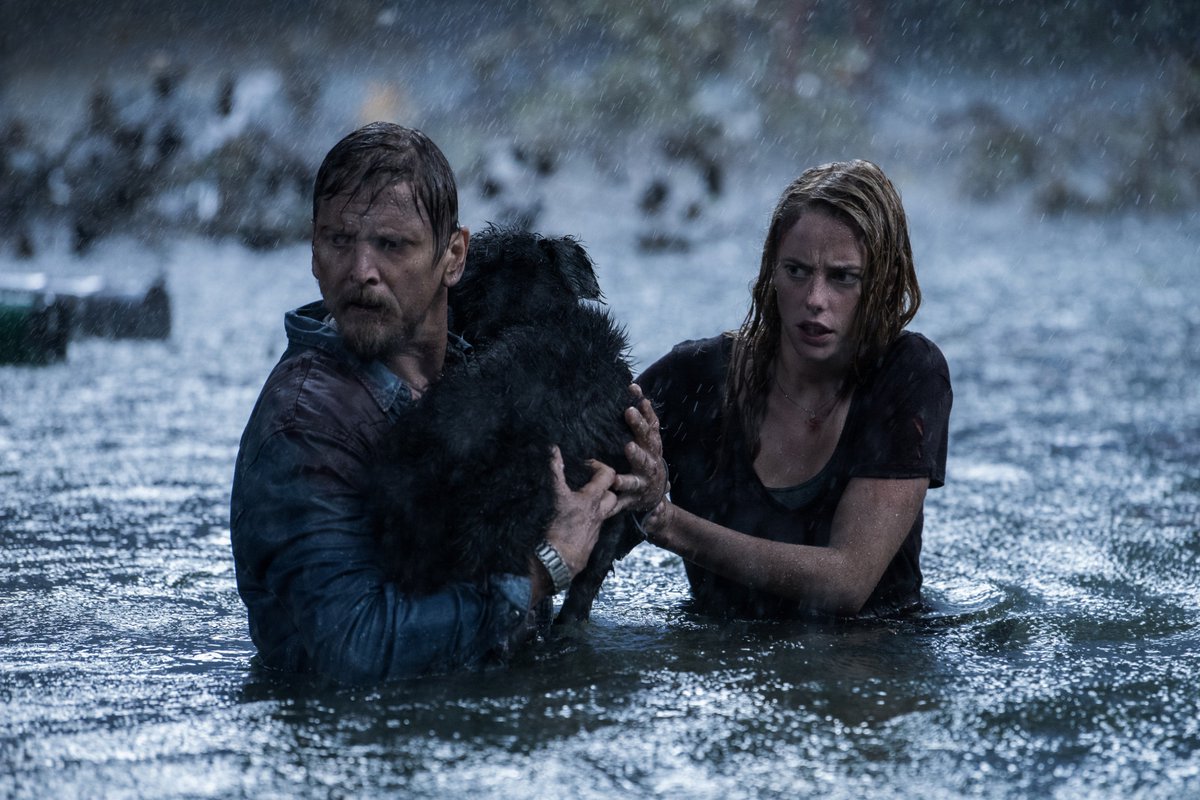 They weren’t using a ghost, demon, mummy werewolf, vampire or serial killer in this movie as the main antagonist. They were using animals. Granted some of the things the alligators did were a bit exaggerated. But there’s a possibility of them posing a threat to humans in which made it a bit more realistic. It was well-directed, the CGI was amazing. Kaya Scodelario carried this movie alongside Barry Pepper and they are good actors.

This movie does have its own flaws like one particular scene. Hailey gets attacked by the alligators but she manages to break through later on in the movie you see her running almost as if nothing happened. I just found that hard to believe considering the alligator just tried to rip her leg off and she’s running. In reality that definitely would have caused a bit more damage. Some scenes are pretty predictable too. If neither one these concerns you. Go right ahead and watch it.

It’s no masterpiece, you probably won’t care about the characters in a day but for a movie to keep you entertained. It does a pretty good job.

Child’s Play is one creepy movie you should definitely watch

9 Movies to watch this weekend

These are the movies you should have watched over the weekend…

‘Stop that narrative that children are a blessing!’ Andrew Kibe shouts