Kiss TV's “The Search” Receives A Groundbreaking Number Of Entries 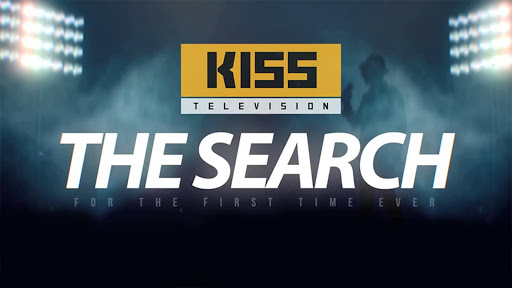 the-search
Be braced! No, winter is not coming, but there's something much more exciting that will keep you entertained this month. I am talking about “The Search”, a spanking new reality show that will make you glued to your TV once it starts airing.

The star-studded judge is not the only unique thing about “The Search”, the show has also received a massive number of entries. From the 15,000 entrants who called in, there will be a selected number of the hopefuls who will be selected for auditions. The deadline for the entries was on Wednesday, 31st August.

Kiss TV also announced the final list of judges and show team. “We have chosen the very best in the industry because we truly want to create an extraordinary experience on television ” said Bamba TV General Manager, Danny Mucira.

The judges include Chris Adwar, Musician, Producer and Song-Writer who has produced music for Eric Wainaina, Atemi and also the score for the award winning Hollywood film “Blood Diamond”. He has also worked on several other talent shows including Tusker Project fame, Airtel Trace Music Star, Samsung Zika Star and Coke Studio.

Chris, is joined by actress, singer and radio presenter Patricia Kihoro a former Tusker Project Fame contestant who has also done collaborations with Sauti Sol, Calvin Mistari and is currently the few Improv actress’s in the Country.

Famous producer, engineer and keyboard player Cedric Kadenyi is the third judge. Popularly known as ‘Cedo” he has written and produced for King Kaka, Dela, Sauti-Sol, Nyota Ndogo, Redsan and Avril . He has also composed themes songs for Sportspesa and Mshwari. He was music director for Coke Studio, Nika Na Safaricom live and Groove Awards.

The show’s Vocal Coach, Philip Tuju, is the success behind the recent online sensation - The Upper Hill Boys Choir and trained big industry names like, Sauti-Sol, Elani, Amos and Josh and Scott the Violinist.

Size 8, one of Kenya’s biggest gospel musicians with over 641,000 social fans is listed amongst the top 100 most influential Kenyans and Harry Dingo, one of Kenya’s most famous keyboard players will be the show’s Lead Pianist with over twenty years involvement in show biz including playing for the Press-Men Band.

“We at KISS TV and KISS 100 are thrilled to create Kenya’s next greatest entertainer. We want to play our role in transforming lives and help the next generation realize their dreams” added Mucira.

“The Search” is slated to premiere this September on KISS TV.