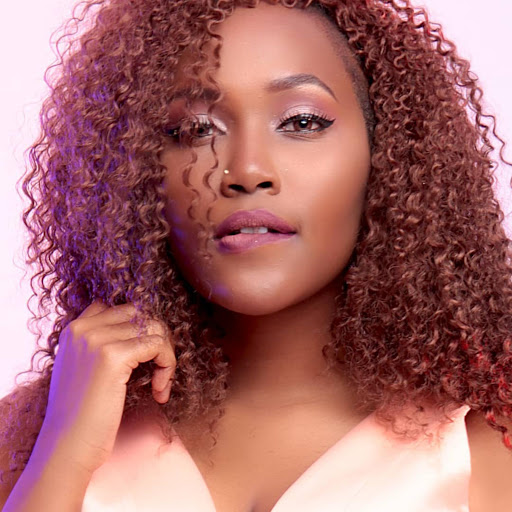 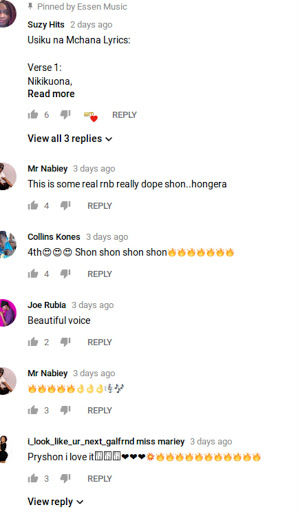 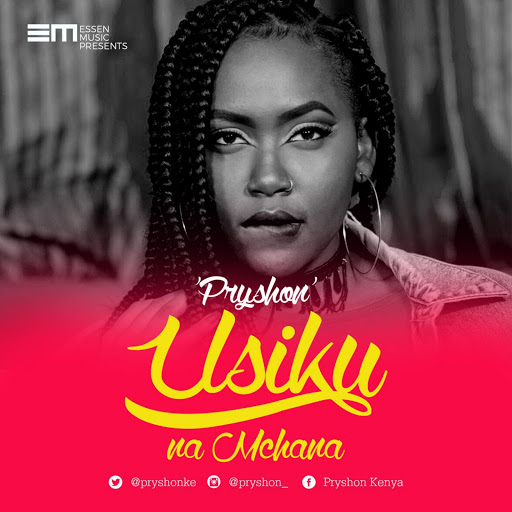 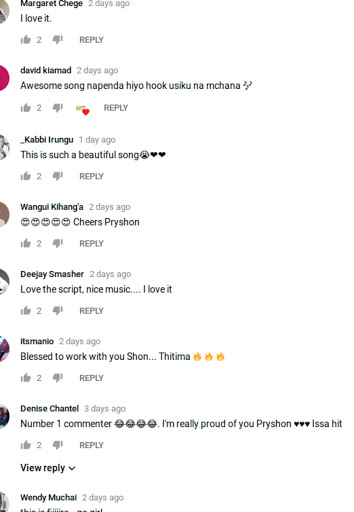 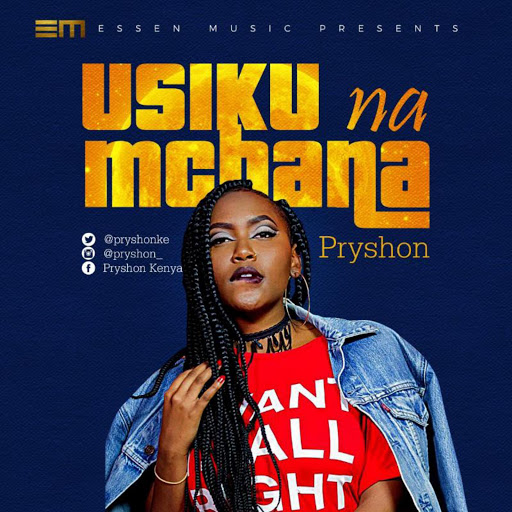 Pryshon is a singer-songwriter, recording and performing artist who never could shy away from sharing her skills and talents. She is regarded as one to look out for.

She has just released her second single since 2016 after dropping 'Thinking'; which was a major hit back then.

Usiku na Mchana Produced by Essen music C.E.O Suzy Hits and Ihaji. Is a song based on a relationship gone sour. The video was directed by Jijo Drumbeats and scripted by Manio, based on the same concept as the song.

Pryshon is signed under Essen Management and has a couple of storming projects for her eager fans to listen in the next couple of months. Usiku na mchana is her debut solo project and it is touted to be a success with the current buzz in that industry. Her team has promised fans they will be seeing much more of this talented songbird.

After the video was uploaded on Youtube her fans showed some massive love;

Kudos PRYSHON you are one to watch.