'Depression is like grief' Silayio shares how she battled with Depression 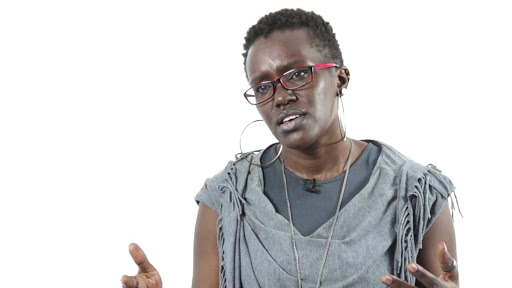 181017
Award-winning singer Silayio stamped her way in the live finals of the The Voice of Holland, one of the biggest singing competitions in the world.

In an interview with media personality Adelle Onyango, the Kenyan performing artiste admitted that she had a phase in her life where she went through depression.

Depression is a common and serious medical illness that negatively affects how you feel, the way you think and how you act.

It can afflict anyone, at any age, from childhood to late in life.

Women are about twice as likely as men to be diagnosed with depression.

She admitted that depression was like an old friend as it started when she was in high school and it has been a battle throughout her adult life.

"It was 2015 and I was working at Mavuno church and I got a phone call from my closest friends and she said she found some emails of her sister who wanted to buy drugs so as to commit suicide, and long story short she eventually committed suicide and that really messed up my brain. I started questioning everything, am I right or wrong. My everything was collapsing and it was really hard. I decided to not tell anyone and went home. I quit my job because I couldn't fake it. I would wake up in the morning and the first thing I felt was a knot in my stomach which is the anxiety and the terror of being a live and it wasn't connected to anything tangible but your just empty and afraid and nothing was interesting. I didn't sing for a month, it was a lost of interest in life."

She was close to her family members and they got to see that something was wrong with her and whatever it was was becoming bad and they lived with her and got to understand what was happening to her and her sisters supported and learnt how to deal with anxiety in order to help her.

"I'm a believer in therapy, the brain is like an arm its an organ in the body and sometimes it get broken. As a general rule of life treat others the way you would like to be treated. Depression is like grief, what a depressed person feels is guilt, don't wait until it's suicidal."