The rap giants celebrated the launch of Dream Chasers Records at Roc Nation HQ in New York City on Tuesday, signing contracts at a small press conference before uncorking several bottles of Ace of Spades champagne to celebrate.

Signing contracts with Jay-Z’s Roc Nation represents a remarkable turnaround for the rapper, whose gritty verses and off-stage behaviour has seen him hauled through the courts and behind bars on multiple occasions. 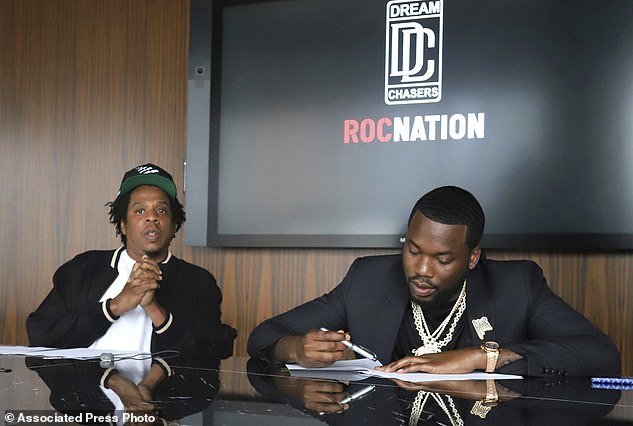 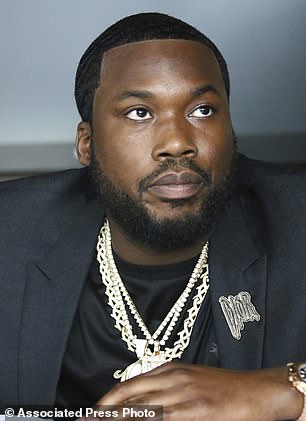 Mill was thrown into jail over his arrest on drug and gun possession charges in 2008, well before the rapper achieved stardom.

Real name Robert Rihmeek Williams, the rapper became a symbol for criminal justice reform activists after Philadelphia judge Genece Brinkley sentenced him to two to four years for minor violations of his probation conditions in November 2017.

He spent months in prison before a court-ordered him released in April of last year. 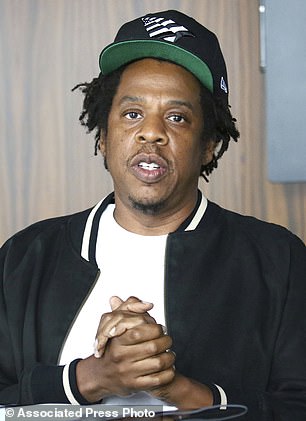 At the champagne reception Tuesday, Mill thanked his friends and business associates for their support during the difficult periods.

‘Of course I had offers to do a lot of business with other people, but the relationship we’ve built from (Roc Nation) believing in me through my whole career, through my ups and downs and the morals they showed to me and my team when it wasn’t in their best interest to have showed it,’ he said.

‘I feel comfortable going through this right here at home. We’re ready to work. We’re just starting the beginning of a new chapter, a new page.’ 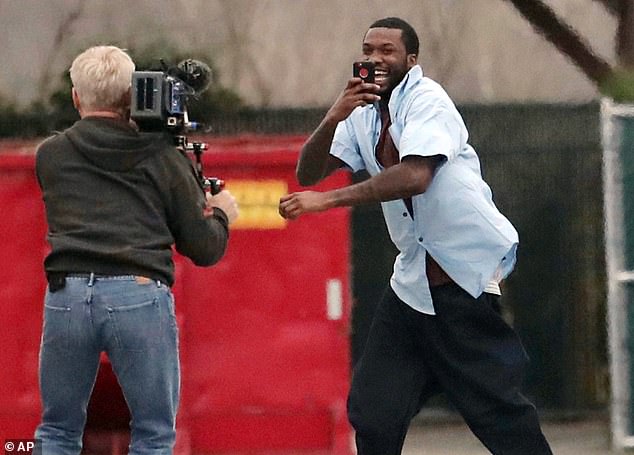 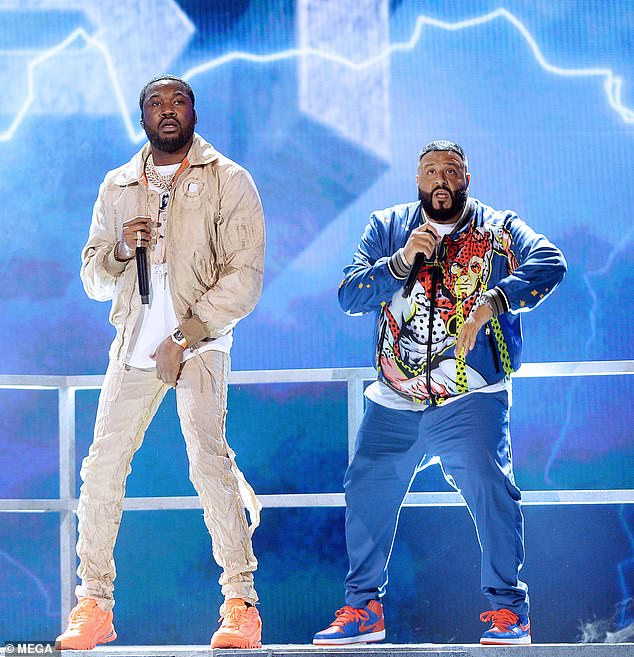 Mill, 32, will lead Dream Chasers as president, overseeing the label and its staff.

Mill built a strong fan base and buzz in Philadelphia with a string of mixtapes, and reached the mainstream when he topped the charts with his major-label debut in 2012.

He’s released two platinum albums and two gold records and reached the Top 25 of the pop charts with songs like ‘Going Bad’ and ‘All Eyes on You.’

He even beat out Drake, Kendrick Lamar and Dr Dre to win top rap album at the 2016 Billboard Music Awards.

Jay-Z, hip-hop’s ultimate businessman, said he and Mill not only bonded musically but in other areas.

‘His integrity, his honesty, his sense of responsibility,’ Jay-Z, real name Shawn Carter, said. ‘Everything that he’s done leading up to this point, it showed that he can carry that weight for the next generation of people.

‘Everybody can sign some artists, make some money and brag about how hot they are for … (but) for us, we look at the big picture. For us, it’s way beyond signing hot artists and having a hot record.’

Jay-Z, Mill and others joined forces earlier this year to form a coalition that lobbies for changes to state probation and parole laws, called the Reform Alliance.

At what had looked like a routine hearing two years ago, Brinkley handed Mill a sentence for violating terms of parole, including scheduling shows that conflicted with the court schedule and as well as a well-publicized scuffle in St. Louis.

He spent months in prison before a court-ordered him released.

There was a subsequent groundswell of opinion that the judge had taken an improper approach to Mill’s specific case, checking in on his community service personally and improperly referring to her own observations at his sentencing.

Brinkley has denied any accusations she was biased against Mill during proceedings.

Touching on the subject, Jay-Z, who grew up in the Marcy Projects complex in Brooklyn, said: ‘We come from the same neighborhoods, been through the same things.’

We’re some of the few that made it through … (and) that responsibility is not lost on us. We haven’t made it to this point just to be like. Let’s just irresponsibly live our life. We had fun, don’t get me wrong. It’s fun too, but there’s a responsibility that we carry for the entire culture.’

Mill added: ‘Me coming out of prison this time, I signed up for a bigger responsibility. I always felt like I had a responsibility to lead the culture as much as I can.

‘I always say Jay-Z and others that came before me was like a snowplow for people like myself. They made it easier to walk through the snowstorm. I want to continue to be a snowplow for the next generation coming behind me.’

For his new label, Mill said he hopes to sign hard-working artists looking to move the needle, ‘not a social media success for the weekend or for the month.’

The rapper will launch his Legendary Nights Tour on August 28 with Future and will release a five-episode documentary series on August 9 on Amazon Prime Video called ‘Free Meek,’ which follows his fight for exoneration in his legal case and his work with the Reform Alliance. 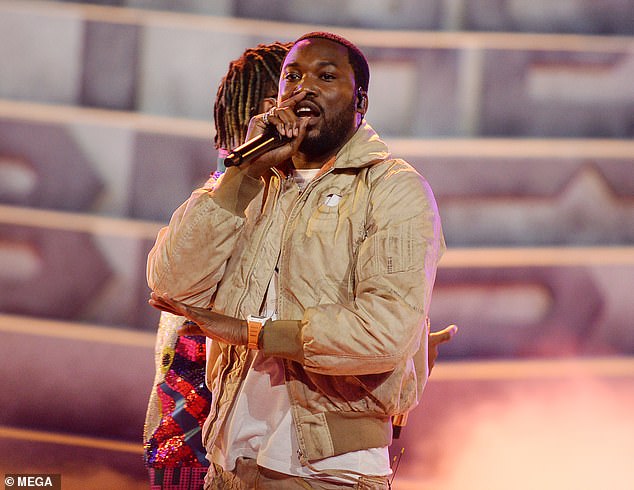 Mill recently announced he’s now a co-owner of sports-apparel retailer Lids, and will lead the company’s creative strategy and release a limited-edition collection of hats.

Jay-Z said Mill will be a success in whatever he tries.

‘What we lacked for so long was opportunity,’ Jay-Z continued.

‘We’ve never had this sort of power. We never had someone come before us and then come back and show us, ‘Yo, this is how it’s done. These are the mistakes that I made.’ We’ve never had it. It just hadn’t existed. Hip-hop is 40 years old (and) we’ve just now gotten to the point where we can really affect change and the music and the culture that we create.

‘We’ve been giving it away for so long, which is understandable, we got to start somewhere. Got to clean the floors up before you own the building – but we don’t shine shoes anymore.’

Jay Z shouts out the rappers that have inspired him

‘We did not act in a respectful manner,’ casino tells Meek Mill