He may be done with Captain America, but Chris Evans is still going strong as an action star.

His next role is also that of a hero, starring in The Red Sea Diving Resort, a Netflix film inspired by true events that premieres July 31.

Set in 1979, Evans plays one of several international agents on a mission to rescue and evacuate refugees from Ethiopia. 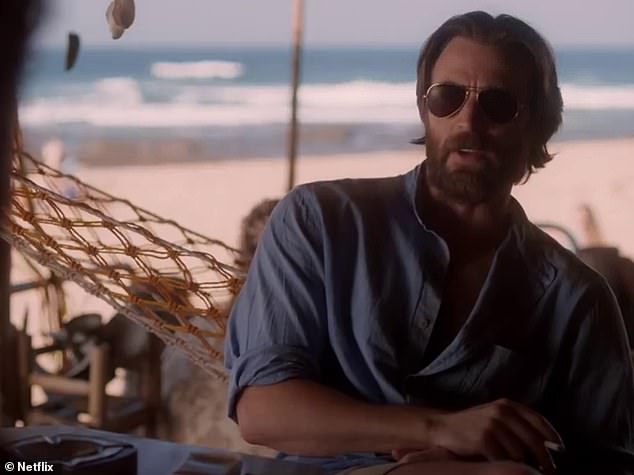 Netflix dropped a trailer for the film Tuesday, which opens with Kingsley briefing Evans on his mission.

It then shows some heartbreaking images of Jewish people fleeing a war-torn Ethiopia.

Williams plays a brave local who coordinates with the agents to help evacuate his people. 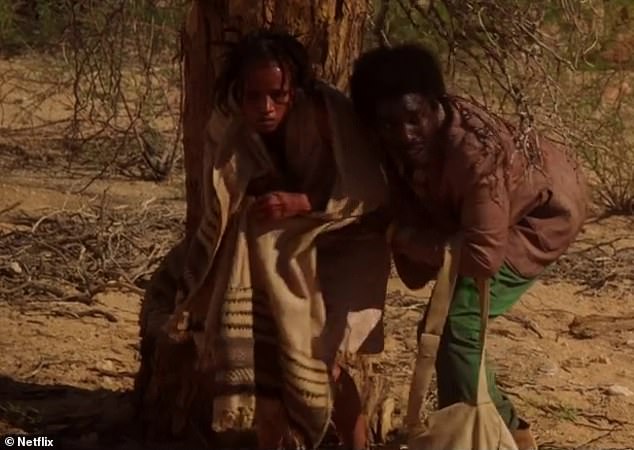 Evans sports some gorgeous ’70s hair and a full yet groomed beard as he assembles his team, which includes Bennett with perfect Farrah hair and a shirtless Huisman, who seems to have an affinity for short shorts.

They then arrive at the abandoned yet picturesque Red Sea Diving Resort, escorting dozens of refugees with them as they’re smuggled through Sudan to Israel.

Kingsley then offers an intense warning: ‘Now let’s be very clear. If this goes wrong, you’ll all be hanging from cranes.’

A montage of their covert operation culminates with the refugees boating away in the dark of night, but as Williams notes, ‘there are still hundreds crossing the border every week.’

While Evans and his crew are using their diving resort to do some actual diving, they’re visited by some enemy soldiers who appear to be catching on.

But he assures Williams that the mission is still happening as they continue to smuggle refugees.

Calling all super fans, Avengers Infinity Posters are Out!! Check out your favorite heros