His much younger girlfriend Sofia Richie has been flaunting her bikini body while on a Caribbean vacation with Kylie Jenner.

And for 36-year-old Scott Disick, the growing closeness between Sofia, 20, and Kylie, 21, is all good, according to a report in UsWeekly on Wednesday.

‘Scott is really happy that Sofia and Kylie have become so close again because it means that Sofia has been further accepted in the family,’ a source told the publication. 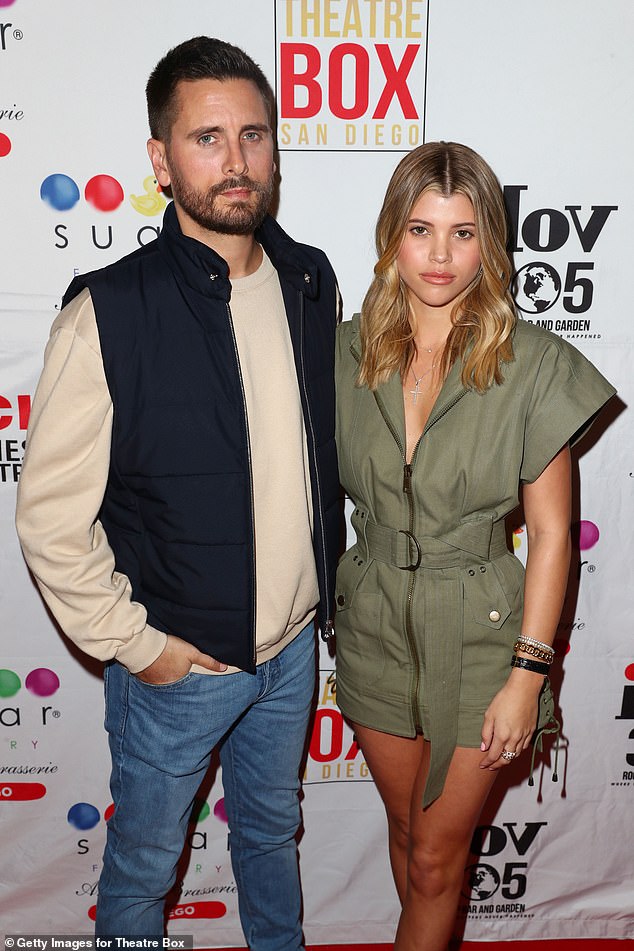 UsWeekly’s source even claims that the growing closeness between the two has helped make Scott’s relationship with Sofia ‘stronger’.

Kylie, of course, is the younger half-sister of Scott’s former flame Kourtney Kardashian, the mother of his three children.

He hooked up with the daughter of hitmaker Lionel Richie a little over two years ago after his on/off relationship with Kourtney, 40, ended for good.

The two have remained close, however, as they co-parent their kids and Kourtney is said to have given her seal of approval to her ex’s May-December romance.

Sofia joined Kylie and some other of the reality star’s pals for trip to Turks & Caicos and the two have been posting up a storm together on Instagram.

Sofia, it seems, is filling in the gap left by the departure of Kylie’s BFF Jordyn Woods following the Tristan Thompson cheating scandal.

In a preview for the new season of Keeping Up With The Kardashians, Kylie is seen telling her mom Kris and half-sister Khloe that she thinks the drama with Jordyn ‘needed to happen for a reason.’

‘She was my security blanket, she lived with me, we did everything together,’ she explained.

‘I just felt like, ‘Oh, I have Jordyn, I don’t need anything else.’ And I feel like there’s a part of me that needed to grow without her.’ 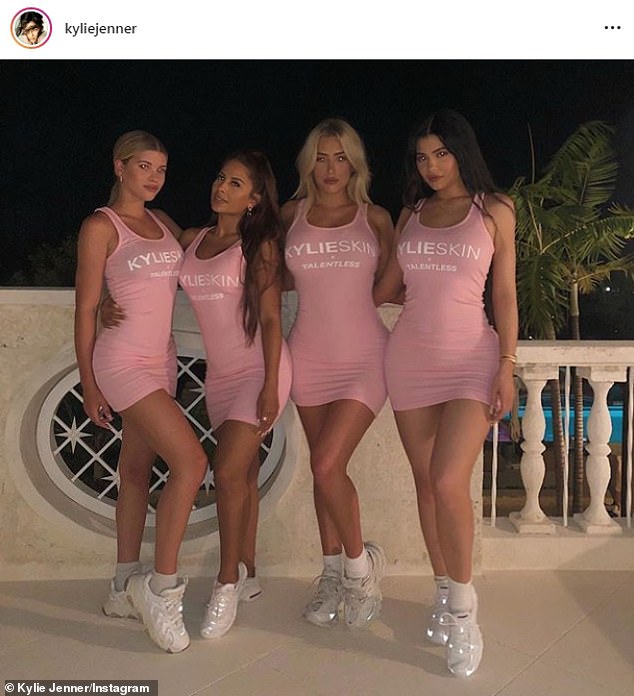 Kylie Jenner displays her yams while in Turks and Caicos