For a sneakerhead, collecting shoes can get a bit heck tick. But you can’t deny the feeling when you see a pair of sneakers that just speak to you. It’s like a kid in a candy store. Well for those of you who have the means of purchasing some new sneakers next month. Here are five sneakers you should look out for. 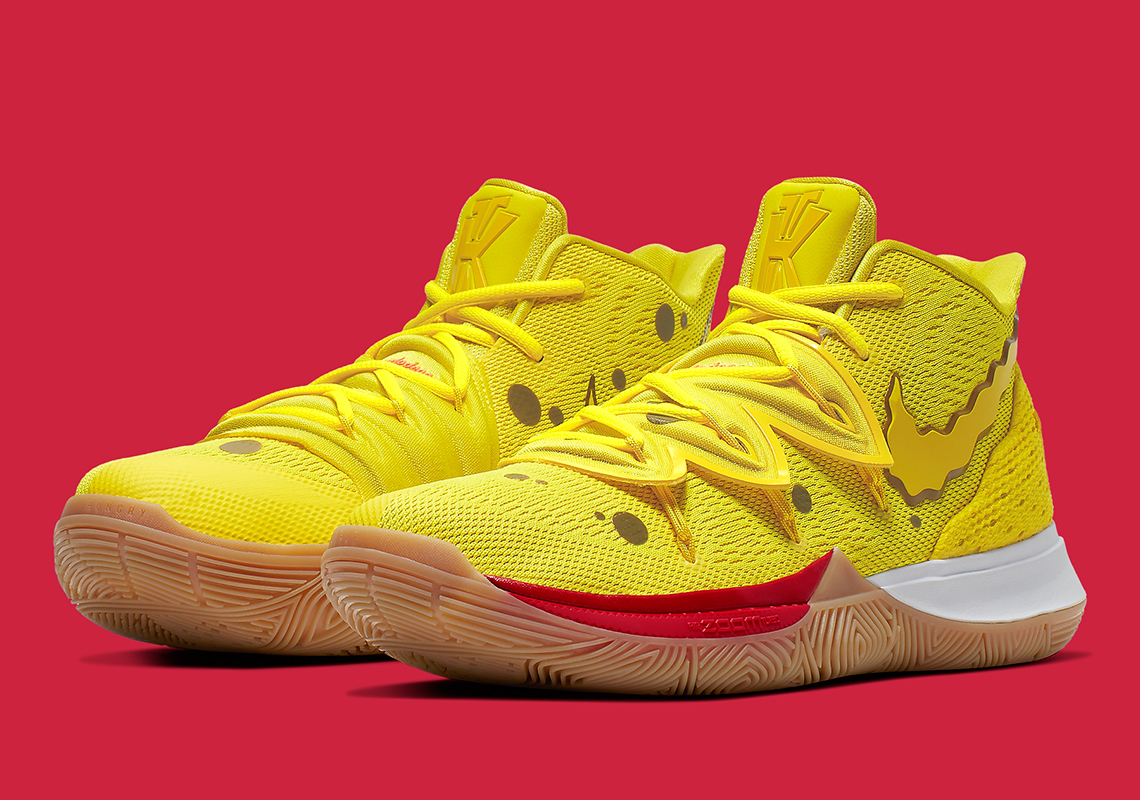 We’ve already seen a collaboration with sitcom FRIENDS, and now this first look at an upcoming release reveals a partnership with Nickelodeon’s Spongebob Squarepants. If you happen to be a fan of the show and love sneakers you can enjoy both with this shoe

The excitement around the impending release of the SpongeBob Nike Kyrie collection is understandably high, and ahead of its debut in August, official images of SpongeBob’s own Nike Kyrie 5 have been revealed.  Kyrie Irving’s love for the show is well known. If you happen to be a fan of the show and love sneakers you can enjoy both with this shoe.  August 10th is the official release date going for $130 retail price. 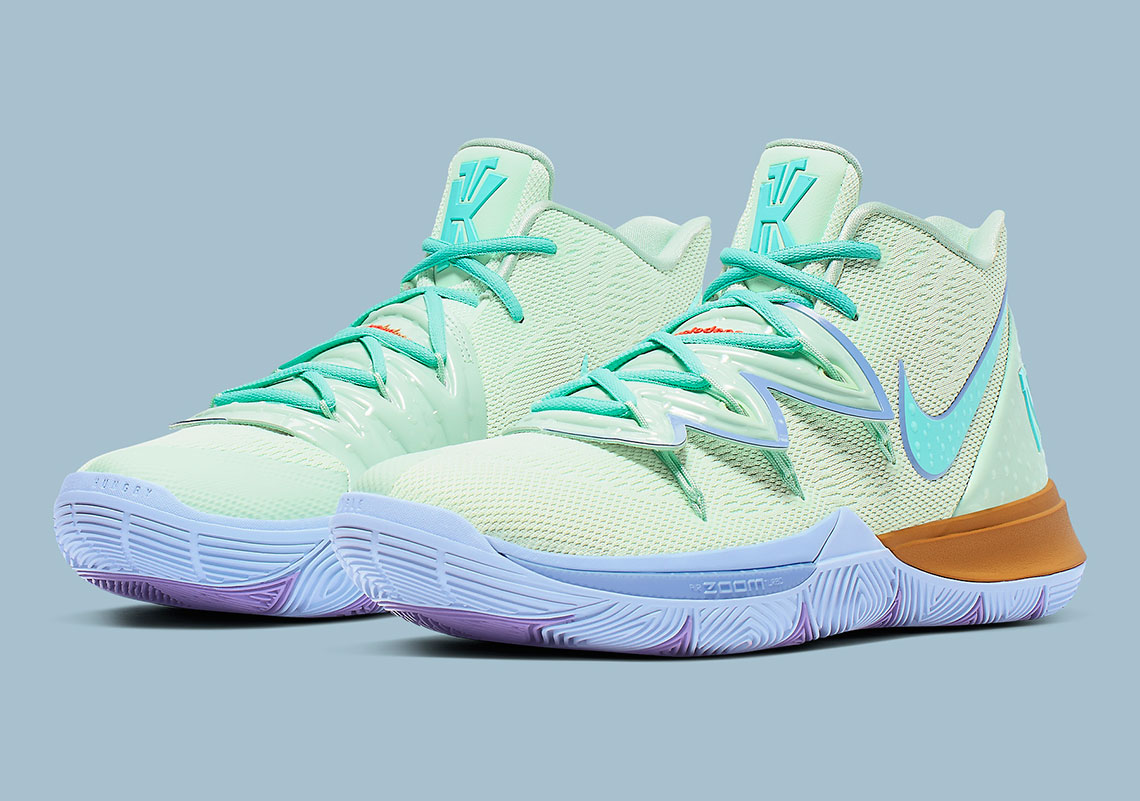 Now, we have our best look yet at one of the three Nike Kyrie 5s. The SpongeBob SquarePants and Nike Kyrie Irving collection have been highly anticipated ever since their announcement. These SpongeBob Nike shoes will release on Nike.com August 10th for $130. 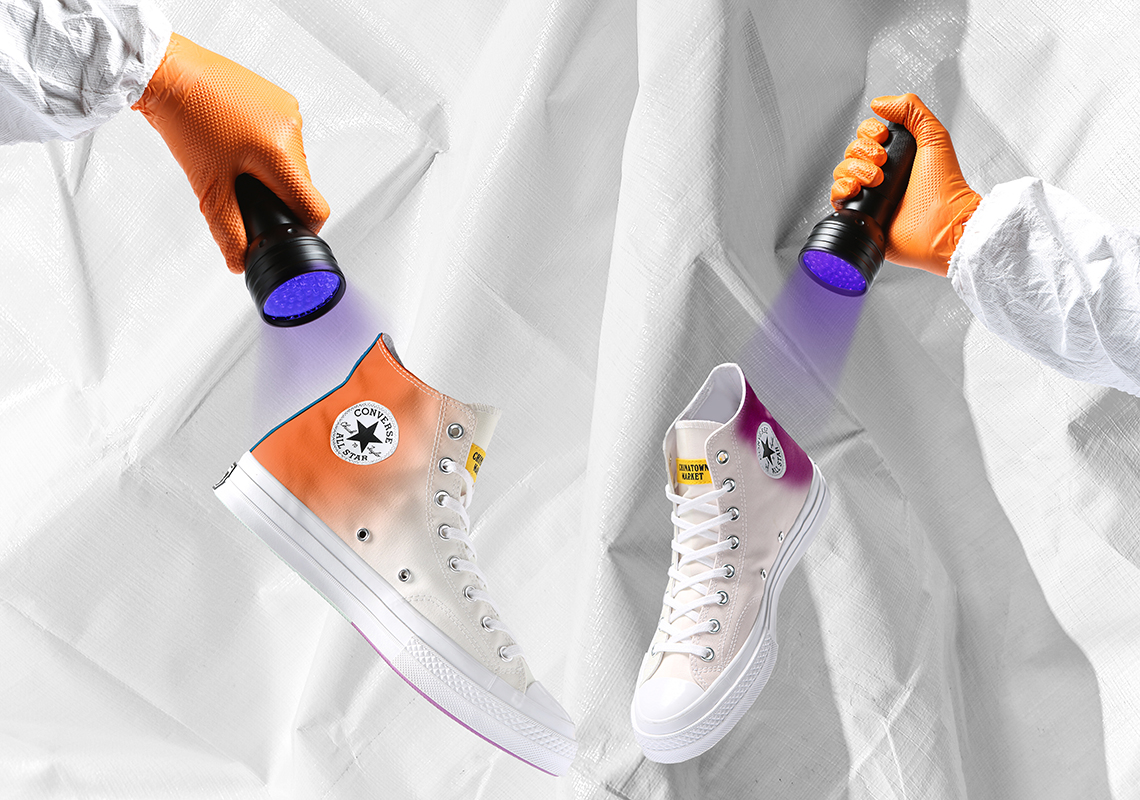 Converse has readied several new collaborative projects, from the CDG collaboration which was well received and highly sought after. One of the most compelling is arguably Chinatown Market‘s duo Chuck 70. The cool bit about this shoe is when a UV light/sunlight is shone on it, they change shades to a soft pastel green/pink canvas. While the upper switches shades, change into a combo of blue, orange and purple. One of the most uniquely designed sneakers this month.
4. Adidas Yeezy 500 “Bone White” 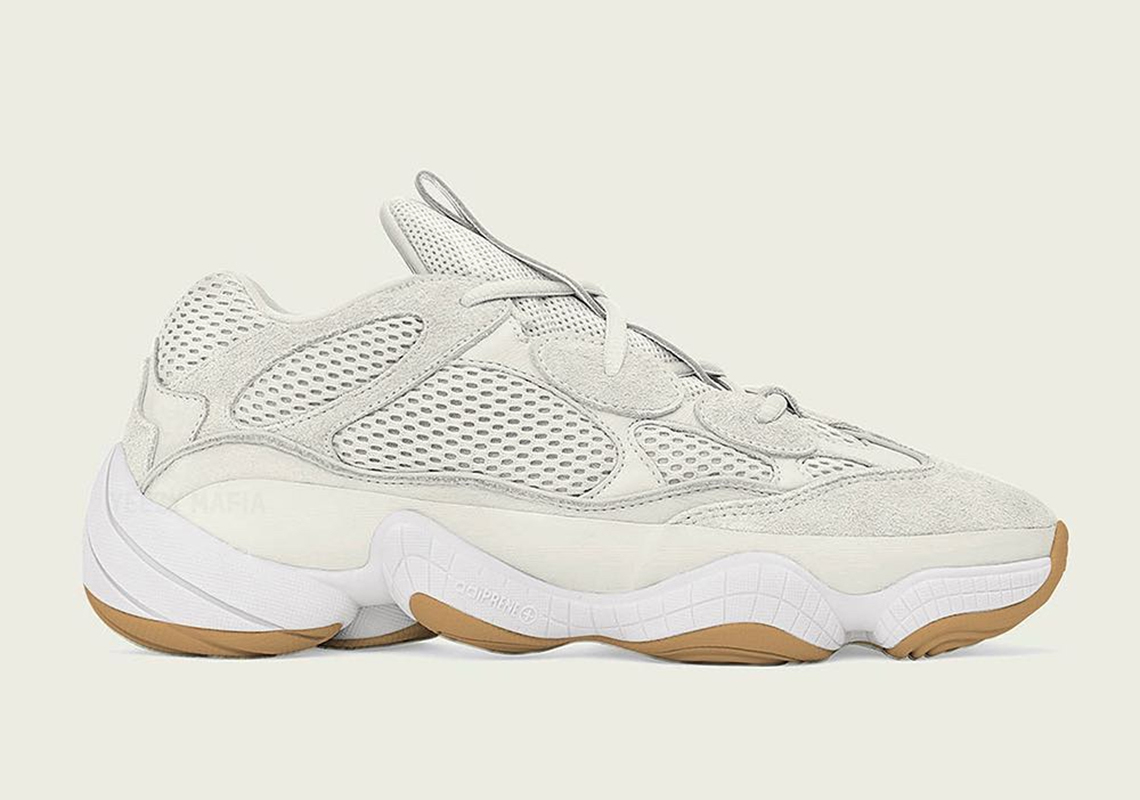 The Adidas Yeezy 500 has been noticeably absent. But it’s set to come back in a major way this August with a new “Bone White” colourway. The first Yeezy 500 to release since November 2018’s “Salt,” the “Bone White” pushes the silhouette’s style in a new direction, Notable sneaker leakers Yeezy Mafia have reported an August 2019 release date.

The revamped Adidas Ozweego brings the classic late ’90s and early ’00s running shoe designs into the present day. The chunky runner from the three stripes has now been revealed in a new colourway that features bold neon accents. The rest of the shoe is done in black including the laces, inner liner, leather tongue, and the midsole. Release date on August 8th on adidas.com and will sell for $120 retail price.

Here’s why style will beat fashion almost every time

Thrilling Lifetime Adventures! You need to go on these bike riding trails