Eko Dydda campaigns for Mariga, gets blasted by fans 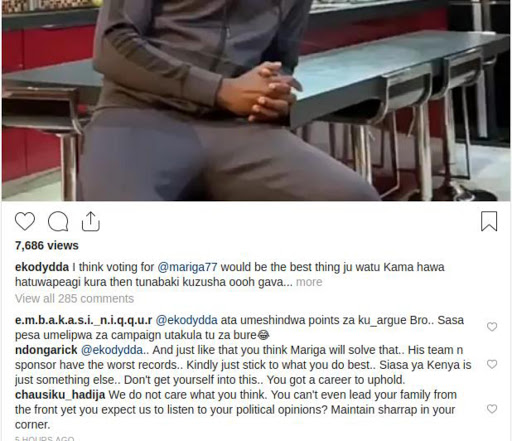 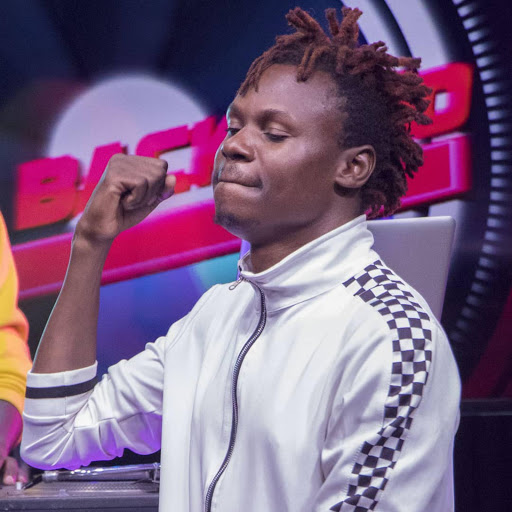 Ekko Dydda cannot seem to catch a break. The last time he appeared on our radar, he was being accused of cheating on his wife by his wife.

And now he is back trying to campaign for football ace, MacDonald Mariga and Kenyans aren't having it. To his credit, he is fighting fire with fire and returning replies as good as those being sent his way.

To be clear, Eko Dydda has every right to share his opinions and campaign for his preferred candidate but Kenyans who follow him also have the right to tell him just what they think. And below are some of the responses Eko Dydda received:

We do not care what you think. You can't even lead your family from the front yet you expect us to listen to your political opinions? Maintain sharrap in your corner.

What do you think he will do that he never did yet he had all the privileges 😊😊....remember the amount the he was being paid whike still in a contract...I think we should vote for thise who lead by example

Ask around otherwise do what you can do best and apart from your two sons lift another young talented youth. No hayo to kwa sasa

Total nonsense!. Leadership starts when you don't have the position yet not when you want to get one. Kibra is no playground going by the needs and deserves an individual who has proven himself! Imran was the CDF manager which as ranked among the best performing. Let's be honest n call a spade a spade.. Mariga ain't a good fit, not at all.

YOU GET THE DRIFT!