Kenya to Tanzania: How artists are mourning president Magufuli

On Wednesday night, In a televised address, Tanzania vice-president Samia Suluhu Hassan said that Magufuli had died of heart complications.

Hassan said that Magufuli was hospitalised on March 6 at the Jakaya Kikwete Cardiac Institute and died at Mzena State Hospital in Dar es Salaam.

She also announced that the country would get into a 14-day period of mourning as arrangements for the burial are made.

As the country was thrown into shock, Kenyans were also left in a somber mood especially artists who had a soft soft for the tough speaking president.

Despite a tough start to his presidency where his administration cracked the whip on a few artists, Magufuli would end up developing a strong relationship with every artists, most whom campaigned for him, leading up to his successful re-election bid last year. 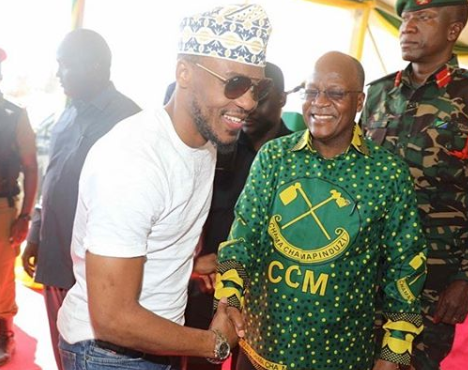 Since the announcement of his death, artists have taken to social media to mourn the fallen Tanzanian president.

Sauti Sol posted the famous video where Magufuli was praising them and using their 'Extravaganza' song as a reference.