South African group, Hush SA are the 2021 winners of the pan-African Old Mutual Amazing Voices crown and will walk away with a massive $ 100 000.

The group has taken their first small steps to achieve their dreams and do great things, not only at home but beyond to become global music sensations.

An all-male Gospel group of six members, formed as a brotherhood of childhood friends spanning over a ten-year period. Tsholofelo Ntuli, Phumlani Tshabalala, Sinethemba Magubane, Zamokuhle Nkosi, Thamsanqa Mthabela, Nicholas Malimba is also known as Hush SA to their new fans who have followed their progress across the DStv Amazing Voices competition, all hail from Johannesburg, South Africa.

Little did they know that their initial entry would see them beginning a long and rewarding process that would end in Johannesburg in June this year with an ultimate victory in Africa’s premier acapella event. At the same time, they were awarded with the benefits of learning the skills and gaining the important insights needed for groups to succeed in the challenging world of music.

“Our purpose at Old Mutual is to champion mutually positive futures across all the African markets in which we operate. This competition enables us to connect with Africans through the universal language of music and demonstrate that with the right financial partner, anyone can do great things and become their exceptional best. We have seen exactly this with the winners of Season 2 Amazing voices and congratulate Hush SA for their well-earned success.”

It all began in October 2020, when, due to the Covid-19 pandemic, entrants were encouraged to submit online performance videos to Old Mutual and DStv for review and selection. The winner’s opposition, drawn from the five countries included in the competition, were like them, all unsigned groups looking to take their careers to a new level.

After an initial screening process, Hush SA advanced to the second grueling step; attending closed auditions within their own country before celebrity judges (where two groups from each country were selected). The group then succeeded in being elected to become part of the Amazing Voices Season 2 ‘Top 10 and got to attend an intensive musical Bootcamp at Sun City, about an hour from Johannesburg.

The Covid bubble production and musical boot camp at Sun City kicked into gear with the Top 10 unsigned groups, involving a total of 65 contestants. The production required the employment of 187 people to make the magic happen, a clear demonstration of DStv and Brightfire TV’s passion to empower creatives in the film and television industry. Approximately 84 rooms were catered for over the 30 days of production and 315 COVID-19 antigen tests and 116 PCR tests were done with the crew and contestants on a regular basis with no positive cases reported. 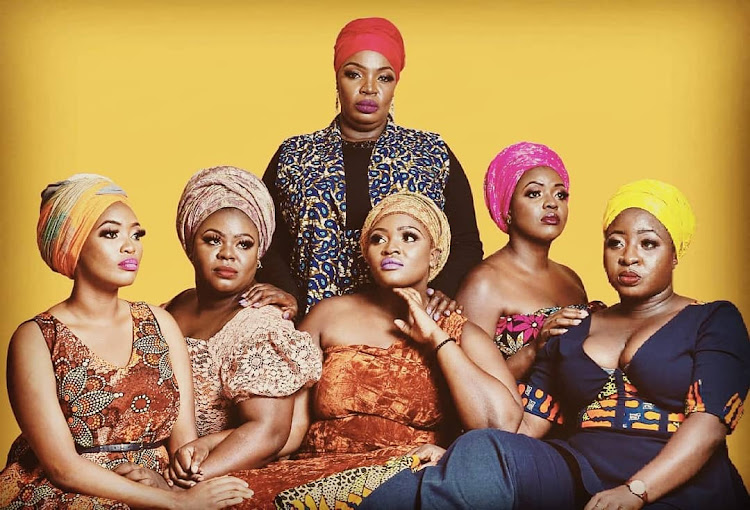 During the boot camp at Sun City, the surviving groups, ranging between four and eight members, were put through vocal as well as stage presence training. They were mentored by Khaya Mthethwa to refine their musicality. During these extreme three weeks the finalists prepared for the final phase sign-off by having their vocal and performance abilities honed by the Amazing Voices team. The drama, the build-up, and tensions of Africa’s prime musical event has been eagerly followed by a pan African TV audience since Amazing Voices Season Two launched in April. For many contestants not only Hush SA’s, it was their first exposure to the glittering but demanding world of world-class TV productions.

What happened next may now be history but has left South Africa with an accolade of national singing sensations whose voices could be the ticket to international stardom and further ambassadorship for the country and its people.

“MultiChoice Kenya believes that music is an international language that crosses borders and brings people of different nationalities together. We are happy to have been able to broadcast this competition to our DStv and GOtv customers as well as proud that 121 Selah represented our country and emerged as this season’s winner. We will continue to air content which showcases and recognizes great African talents and our rich heritage.” says, Nancy Matimu, Managing Director at Multichoice Kenya.

The group that represented Kenya, Malkeeya was eliminated from the competition.