Mr. Seed: I was broke Nimo once paid my rent 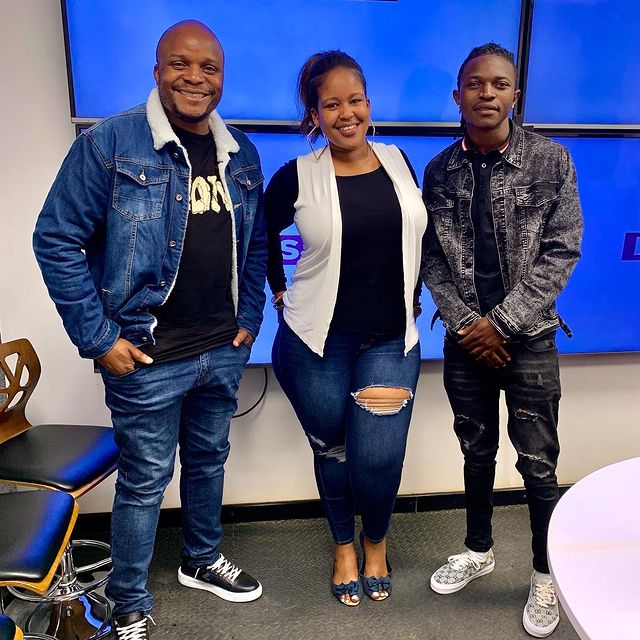 Mr seed and Kamene and Jalas

If 'Tumetoka' mbali was a couple, it would definitely be Nimo and her hubby Mr. Seed.

The two are from two different worlds and have been through it all as a couple, but none of it has broken the love they have for each other.

Narrating about their relationship on The Morning Kiss, Mr. Seed revealed that when he knew Nimo, he was so broke that he could not even afford to take her on dates.

At one point, upon returning home from their date, he found his door locked due to rent arrears and Nimo settled the arrears without even thinking twice.

Asked what he appreciates most about his wife, Seed touched on how Nimo found him at a point where he'd lost hope in music but she trusted in his gift and always pushed him to work hard.

He says the new 'Black Child' album was dedicated to Nimo and wants it to speak to other people.