King Kaka: 'Why I wore a full face mask on 'pull up' video' 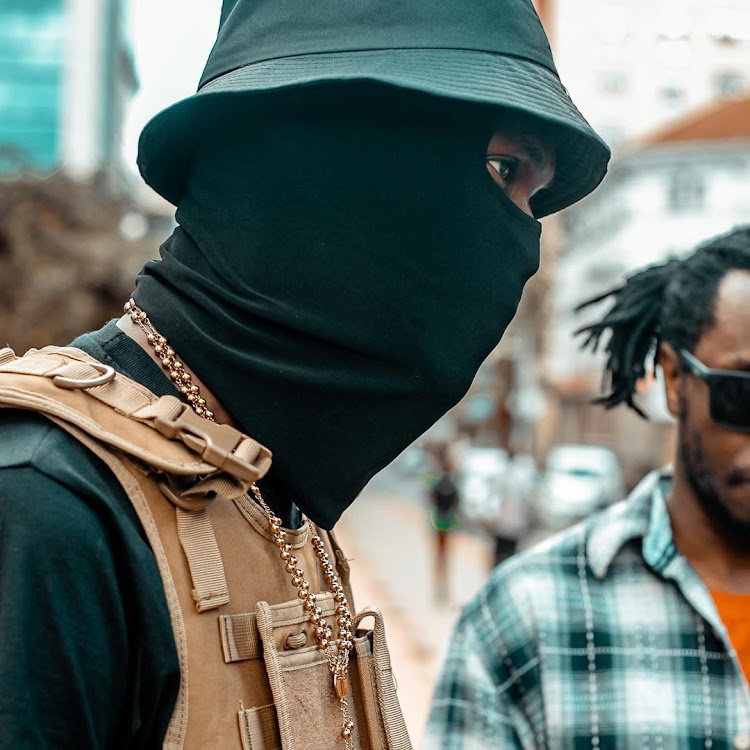 If you have been jamming to King Kaka X Wakadinali's new 'pull up' hit then you may notice that the former's face is fully covered in a full face mask.

In case you thought that was part of the video director's plan then you are wrong and were it not for Kaka's revelation we may not have suspected a thing.

The Kaka Empire CEO says at the time they were shooting the video, he was so sick and thin and had to hide it with his outfit 'to avoid questions.'

However, he is grateful for life and says that the sad memories are now part of the testimony.

"While shooting this video I was so thin and sick that my face was showing so I decided to wear a full face mask to avoid questions.We thank God that’s part of The Testimony," wrote King Kaka.

In an interview with his wife, Nana Owiti where he opened up about his illness for the first time, Kaka said that he was losing weight fast and would would wear a hat, a hoodie and a jacket on top to conceal the weight loss.

Kaka whose weight is usually 85kgs had lost a lot of it and by the time he went to see his Doctor, he was 17kgs lighter and he chose to hide that from Nana ‘to protect her.’

When he came back home he lied to Nana that he was 74kgs and he says it was a ‘good lie’ since he didn’t want his wife to retire to bed worried.

We are all glad that Kaka has made a full recovery and continues to spread positive news and vibes through music.