Kenyan rapper King Kaka and his mum are today in celebrations after the singer has finally managed to build a home for her. 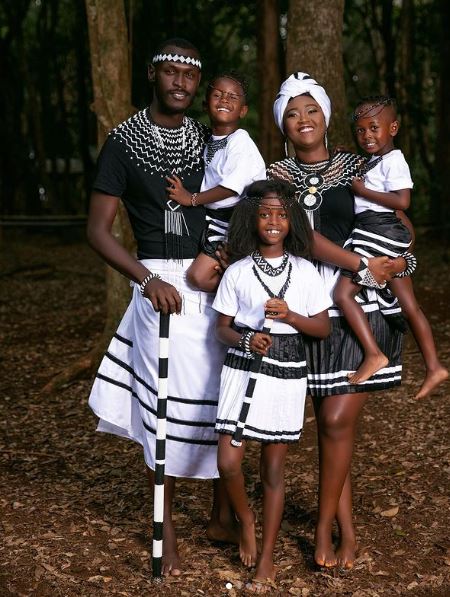 Kenyan rapper King Kaka and his mum are today in celebrations after the singer has finally managed to build a home for her.

In a post on his Instagram page, King Kaka recalled a day their house was locked because her mum could not afford to pay Ksh 500 worth of rent.

The musical entrepreneur, in his caption, added that he had promised her, he would buy her a house.

"One day I came home from school and kanjo had placed a very big padlock because we couldn’t afford to pay Kshs 500 rent, I promised my mom that in the future I’ll buy her a house," read the caption.

Testifying that the dream came to pass, Kaka said that they recently prayed in the living room of the house he built for her.

"Fast forward, four days ago we just prayed in the living room of this house that I build for her. The sounds of testimony and I am happy that she has a place she can call home." Continued the caption.

The father of three said that despite all that, his mum has always put on a brave face over the years.

"Thank you mom for putting on a brave face over the years even when I knew things were not okay. Asante and be blessed. To all the believers, It’s possible! And God is Love." He concluded.

Recently, other celebrities have showcased houses dedicate to their parents, such celebrities include, Terence Creative, who had built a home for his grandmother before learning of her demise last year.

DJ Mo and his wife, Size 8, also built a mansion for Mo’s parents earlier this year.

Entertainment Guru, Jalang'o, also once spoke of how he was discouraged from building his loving mom a home only for him to defy all traditions and set up a mansion for her and to finalize the list, YY Comedian also built a beautiful home for his loving mom.

A while back, fans couldn't help but point out how identical King Kaka's son is to their house manager's son. The couple even dresses the two in ...
Entertainment
5 months ago

In one of the photos which Nana Owiti shared online, two of their kids are seen riding a horse with their daughter Gweth and Nana petting the horse's ...
Entertainment
5 months ago