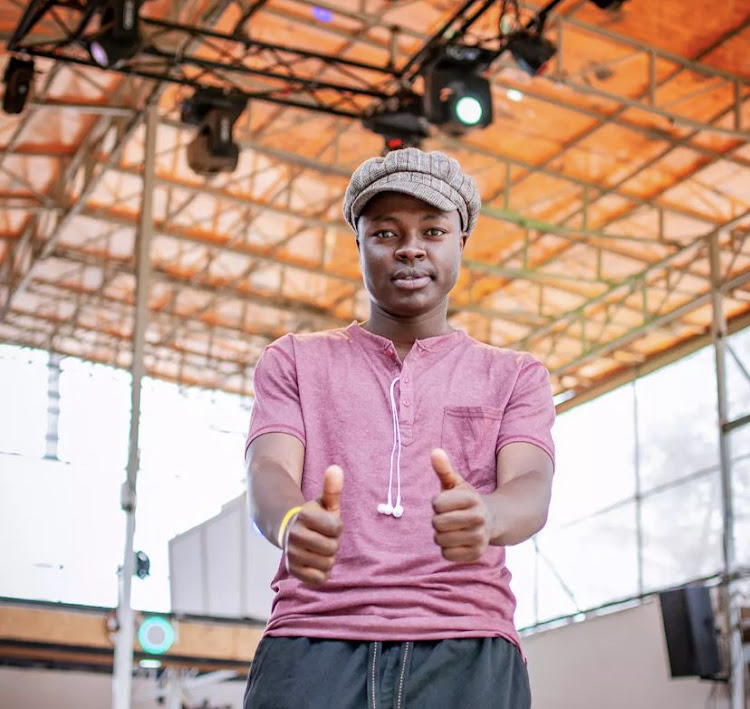 Yassin is one of Tiktoks fast growing comedy stars, he rose into limelight through his funny Tiktok videos and throwing shade at people ending with his favourite line "we m*fi nini?"

However, as of late things have not been rosy for the young star.

In a recent online interview he opened up about the struggles he has been going through ever since his dad passed away.

His father was the family's breadwinner and his death threw them off balance. But their tragedies didn't end there, Yassin narrated ow their family home burnt down and together with his struggling mom they had to start at square one.

"I used to school at Upper Hill School and I had dreams of being a journalist but then comedy came along and I changed my mind.m I wanted to be like Jalas." He said in the interview.

Yassin went on to talk about how he chose not to share with his friends or fans his struggles (especially to make content) and the tough life he was going through.

His account got hacked and he truly lost all hope as he was at below zero.

After opening up, two of his friends and fellow Tiktok giants Flirty Carlos (known for his sick dance moves) and his brother Sammy Boy paid him a visit and surprised him with extensive house shopping and three months worth of rent.

"I called my close friends and sat them down and we talked... I was really shocked when I saw Yassin's story." Sammy Boy said.

Expressing how he felt an overpowering need to help the young man.

"Apart from the shopping, I'll be paying rent for him for the next three months as we try and find a retainer source of income for him." Sammy added.

"I'm very grateful, big up to yourselves as usual...God bless you for choosing to put me into consideration." Yassin said as he thanked his friends.

The young man was still his usual jovial self cracking jokes here and there.

Wishing him a fortune of good luck and all the best in his career.

How TikTok has new career horizons for Kenyan content creators

From choreographers and cooks to legal professionals and hairdressers, Kenyan TikTok users are finding new and creative ways to capitalise on the ...
Entertainment
1 month ago