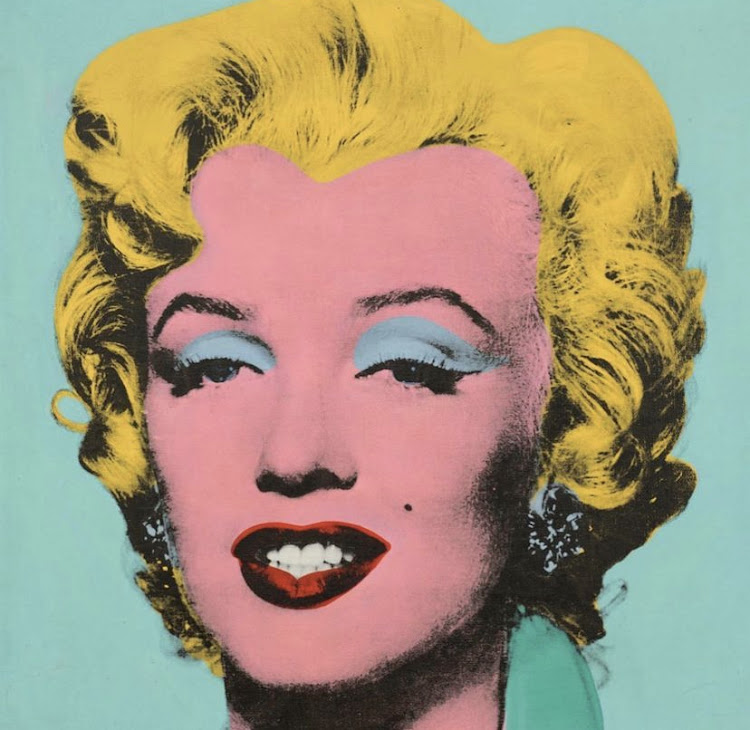 If I was Andy Warhol I would come back from the dead to haunt people but I guess that is just me and the P in my name totally stands for petty.

Okay, just realized you all need a background for my rant.

So Andy Warhol was a famous and really successful magazine and ad illustrator who became a leading artist of the 1960s visual art Pop movements.

He was also a film director, and producer like bruh stop showing off. How talented are you dude?

Though he has been dead for 35 years Warhol's 1964 shot sage blue silk-screen of the late Marilyn Monroe just sold for a whooping 195 million dollars that is a whole 22,639,500,000 Kenyan shillings!

Now you see why I was loosing my mind!

I was planning on haunting people because there is no way you are all enjoying my money while I rot and this generation has new things I never got to enjoy.

The 40 by 40 inches painting, which is among the 5 silks that the late artist created back in 1964 was auctioned at the Christie's auction in New York making it the most expensive American art ever sold.

Yeah, I also want to make history when I am dead.

Okay this is about Andy and not me.

The record for the most expensive American art was held by the late Brooklyn artist known as Jean-Michael Basquiat.

Okay, I am in the wrong career, I should go get paint brushes at this point.

The cutest thing about this is that Basquiat and Andy were friends and they have actually in the past collaborated on hundreds of paintings. Their relationship was so iconic that it made it into a Netflix documentary titled, 'The Andy Warhol Diaries.'

I'm going to be adding that to my 'To watch list' and hope to get to be a billionaire before I dip this universe.

Analyzing the Met Gala with Obinna

Simon has his sights set on way to keep his face on television.
Entertainment
11 months ago
WATCH: For the latest videos on entertainment stories