Harry Styles was all smiles as he did his best impression of a canary. 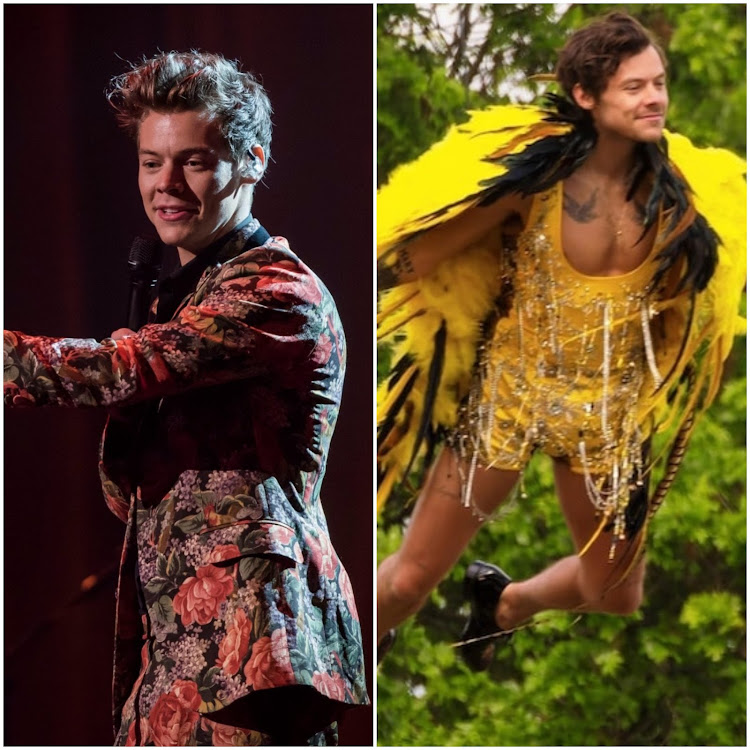 Harry Styles seems to really be high on life as of late. He was recently spotted flying around in a bright yellow costume, as he shoots an upcoming music video.

Harry Styles was all smiles as he did his best impression of a canary.

From the photo obtained by TMZ, you can see the singer decked out in yellow bedazzled feathers while filming what sources say is a music video in the UK over the weekend.

According to a TMZ insider, reports say Harry actually trained at a local circus, to prep for his latest project just to make sure he didn't get injured in the process.

He also allegedly attempted a walk on a tightrope but that didn’t work out and he eventually scrapped the idea.

Harry Styles' latest stunt comes hot on the heels of an iconic Coachella performance where he headlined and brought out Shania Twain, where the two performed "Still The One" and "Man! I Feel Like a Woman".

This photo has popped up days after Harry revealed that he had to seek therapy after One Direction, a boyband he was in, decided to go their separate ways.

During the interview, the singer explained that he was reluctant to start therapy because he feared being a music industry cliché.

The 28-year-old began therapy five years ago and started to, "Open up rooms within himself," he said.

Explaining how he would, "Emotionally coast", instead of fully understanding his emotions prior to seeking therapy.

Harry continued, "I think that accepting living, being happy, hurting in the extremes, that is the most alive you can be."

He added, "Losing it crying, losing it laughing there's no way, I don't think, to feel more alive than that."

In his interview, Harry also shared that some of his trauma comes from his time being in One Direction.

Harry also narrated that though many consider him to be a sex symbol, he hasn't always been comfortable with the title.

"For a long time, it felt like the only thing that was mine was my s*x life," he explained.

"I felt so ashamed about it, ashamed at the idea of people even knowing that I was having s*x, let alone who with."

The singer was explaining that he was reluctant to start therapy because he feared being a music industry cliché.
Entertainment
1 week ago

Prince Harry and Duchess Meghan have been approached by the Oscars producers about presenting an award at this year's ceremony.
Entertainment
1 month ago

Pop star Harry Styles is hoping to buy a property in Cornwall.
Entertainment
3 months ago