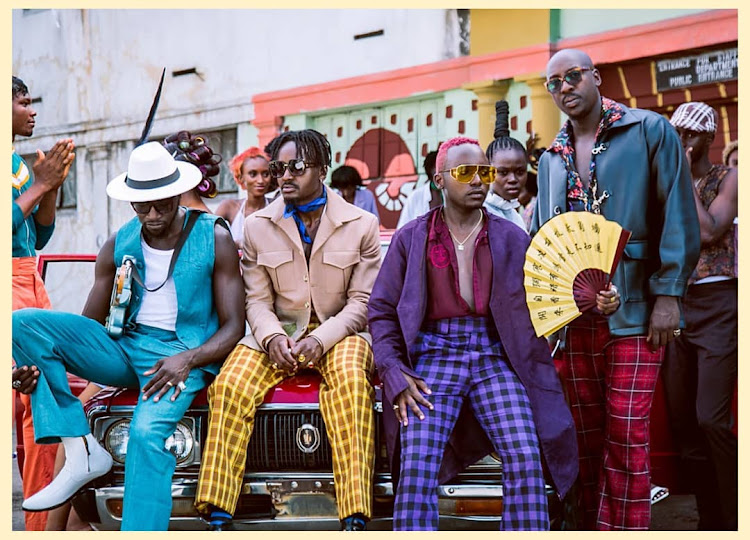 Azimio used the song during an event that saw them unveil Martha Karua as Raila Odinga’s running mate.

In a statement issued by the group, the band said that the act of Azimio using their song without consent is heinous copyright infringement as directed by section 35, CAP 170 of the Copyright Act of Kenya.

"This is blatant copyright infringement as directed by section 35, CAP 170 of the Copyright Act of Kenya," the band said in a statement.

"We did license this song to the Azimio la Umoja Campaign neither did we give any consent for its use in the announcement of their Vice-Presidential Candidate. Furthermore, our authority to use the composition, which is one of our most distinct compositions was neither sought nor given."

The boy band distanced themselves from the party adding that they are not supporting any political party.

Sauti Sol further stated that they will seek legal address to the whole issue as soon as possible.

"We Shall be seeking legal remedy for this clear violation of our copyright."

A number of Kenyans on Twitter reacted in a rather surprising fashion to creatives they have grown to love and adore.

Instead of supporting them and wanting them to be fully compensated, some let their political preferences cloud their judgment.

Mkenya Halisi: Utoto. Si you should be happy your song is being recognized by a national party? It's being played in Kenya, where do you want it played and listened? Ifungieni kwa nguo zenu mutembee nayo!!

I Only Tweet When High: Azimio team acquired MCSK license. MCSK pays you royalty for the use of your creative works. You're stooping too low on this one.

Alvin Kadindo: Si ni nyinyi mlisema play Kenyan music? Where exactly should they be played? Halafu if we incline towards Tanzania and Nigeria you start complaining of not being supported. Mnatakanga aje 'wasanii'?

Chimano: New EP helped me 'come out of my shell'

Speaking of the 7-track project, says “It feels good to be authentic, at peace and centered. It’s a good place for me to be in and to stick to my ...
Entertainment
9 months ago

Being a big band in Kenya has put us in positions where we can talk about policy, where we can have strong opinions - and we're living proof that ...
Entertainment
9 months ago

Sauti Sol were supposed to perform in United Kingdom yesterday.
Trending
9 months ago