Fans react to Omah Lay shaving off his dreadlocks 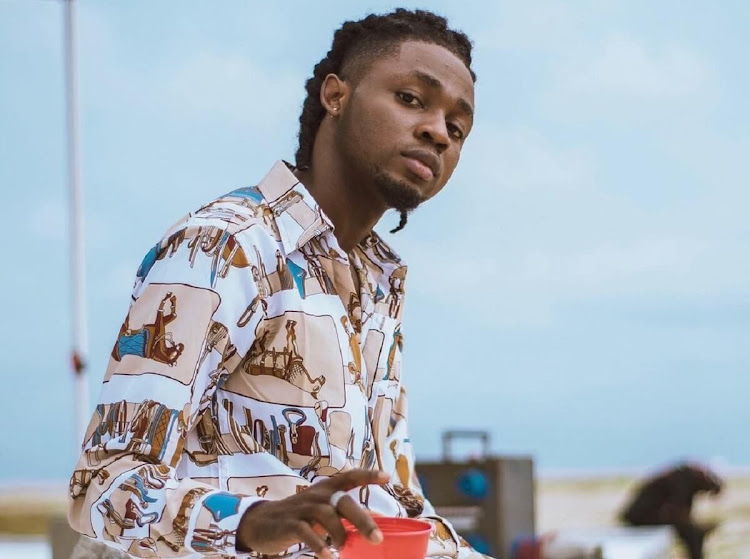 Why? He posted a picture on his Instagram page showing that he had shaved off his signature dreadlocks.

Omah Lay had been rocking his signature dreadlocks for over 2 years and occasionally loved to plait them into two big cornrows.

The 25-year-old posted a photo on his Instagram page rocking a short Afro with no caption at all.

In the said post, he also included a video of him on stage performing his collab song "Attention" with international award-winning Canadian artist Justin Bieber, as well as photos of the two of them having a super cute bro moment.

The two performed the single (that was released in March) for the first time over the weekend.

In one of his earlier posts after the performance, Omah Lay had posted a video of him and the "Holy" hit-maker hugging while on stage captioning it: " One of the most amazing human beings on earth."

"Attention" is one of Omah Lay's singles in his upcoming debut album dubbed " Boy Alone" which is scheduled to be released later on in the year.

His fans had mixed reactions in regards to his new hairdo. Some were totally for it and others were definitely not having it.

Which I totally get because once you are used to seeing someone with a certain look, a change can be a little hard to digest.

Below are some of the comments from his fans:

_teniolah: This new look is everything, love it than the dreads

quincy_ranks: See as you look like male ashawo lol first day on the job

boydycegram: Boy Alone doing the most

deshliam: The real face I know

dve_ng: Your hair don tire you?

iamtellstory: you looked good on dreadlocks I swear

Addressing the rumor, Omah Lay who is set to perform in the country today revealed that he once had a Kenyan lover but he is now single.
Entertainment
8 months ago
WATCH: For the latest videos on entertainment stories