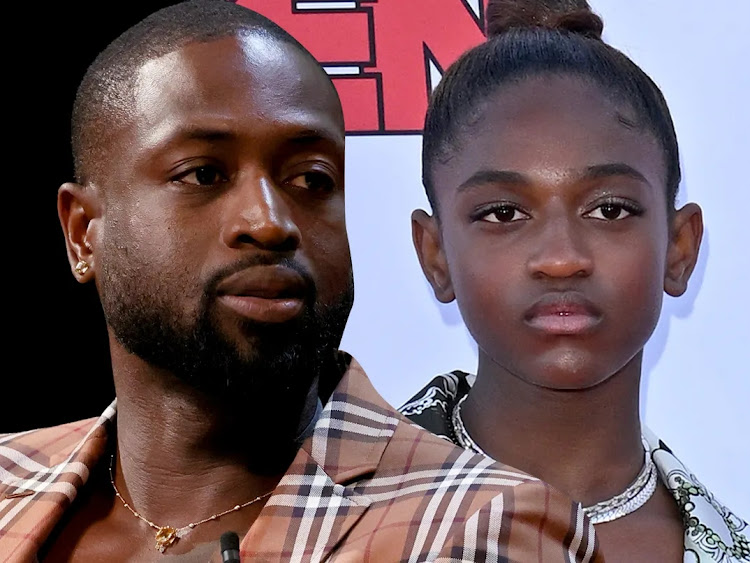 The Miami Heat legend spoke about his concerns at the TIME 100 Summit in NYC this week.

He was asked, as the father of 15-year-old Zaya, about the current struggles for trans youth in this country.

"As blessed as it is for my daughter to have parents who can support her, I’m still afraid every moment she leaves our house," Wade said.

He continued to say, "And not just because of gun violence, but because of the way people perceive her in this world."

Watch: @DwyaneWade speaks out against anti-trans laws, as he opens up about his daughter at the #TIME100 Summit https://t.co/q8SUg1ayK6 pic.twitter.com/SerwBQkOlr

Wade gave a passionate response about his fears while also blasting the idea of trans sports bans, calling out lawmakers for making rules on things he says they know nothing about.

Wade added, "Come and live a day with my daughter. Come and see how it is to walk through this world as her."

Wade says he is frustrated that we're "losing the humane side of us" claiming in reality, he believes people should take the opportunity to educate instead of being dismissive.

Zaya came out publicly, with Wade beside her, as transgender in February 2020.

That s**t made me cry, that s**t me cry". He also posted a series of photos on Twitter with fellow nominees Lady Gaga and Doja Cat, writing, "Can't ...
Entertainment
2 months ago

He was nominated for Record of the Year, Album of the Year, and Song of the Year for his song 'Call me by your name' from his Montero album.
Entertainment
2 months ago