The recently married couple are unhappy with the way 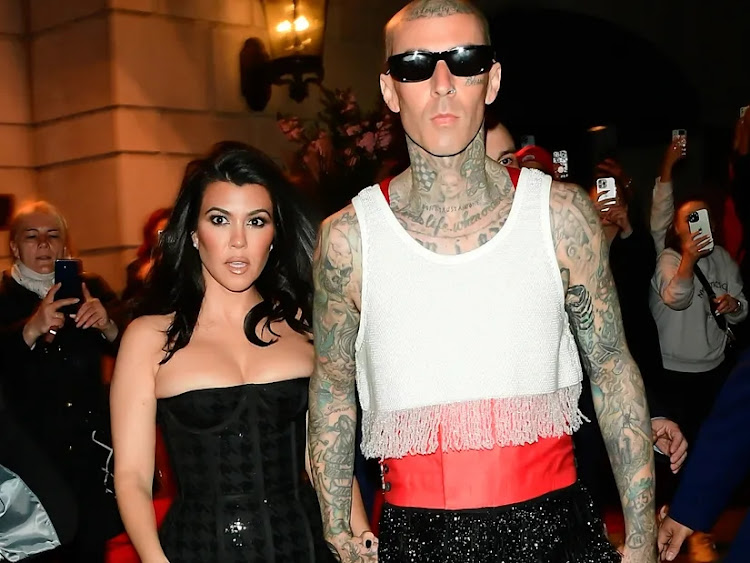 Kourtney Kardashian took to her social media this week to complain about her edit on Hulu's "The Kardashians."

Sitting down with longtime family friend Stephanie Shepherd, Kourtney was asked how it's been for her then-fiancé, now husband Travis Barker to film the new Hulu series with him and, well, it seems they have some notes for producers.

"We film and have the best time ever and we've been watching the edits and we're just so annoyed because they're swirling us in with this drama," Kourtney explained.

"Especially when I saw my engagement episode. Editors or whoever is doing it as, 'Let's take Kourtney, she's the chosen one to be the drama.”

As Kourtney explained in a confessional, the sisters are all executive producers on the new series, which means they see early screeners and are able to give notes on episodes to "Make sure that our stories are being told.”

After watching the screener for her engagement episode, the two were not thrilled to see the focus of their happy moment being shared with something or someone else.

A flashback to the episode in question included footage of Kourtney talking to her sisters after the proposal, as Kendall Jenner in particular asked whether Kardashian had any sympathy for Scott Disick, who was already feeling left out of the family leading up to the engagement.

Kourtney simply said she wanted to be happy at the moment, a moment that had nothing to do with her ex.

"That night I wasn't like, 'God, everyone's such (bleep) for bringing up this, because it wasn't a part of the night, it was like two seconds of the night. I didn't even remember it until I saw the cut of the episode," Kourtney told Steph.

"It wasn't like 50% of the night like it's made to be on an episode. I wish they would take that out and put in the next episode, give us our respect, so it's like, let us have our moment," she continued.

"I'm like, why is the fairytale not being told? The true fairytale that it is. I don't want to be insensitive."

Shepherd told Kourtney she understood that viewers would likely be wondering what Scott would think of the news, so it wouldn't be out of the question to include his reaction on the show but maybe, "out of respect" for Travis, they shouldn't "harp" on the storyline.

"It is all good, we've been broken up for seven years," Kourtney added. "I'm allowed to create new memories and new ways of doing things."

For what it's worth, Hulu didn't put Scott's reaction in a separate episode, like Kourtney hoped.

Both the proposal and his saltiness over how it all played out and excluded the couple's children, aired in the same hour.

Kourtney Kardashian and Travis Barker had the wedding of the year over the weekend in Portofino, Italy with a celebration captured by paparazzi, ...
Entertainment
6 months ago