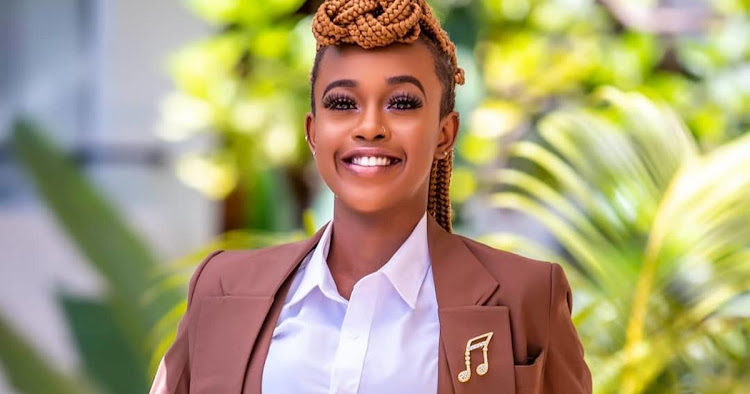 Actress and content creator Azziad Nasenya celebrated her birthday over the weekend in a spectacular invites only party.

Her birthday was the talk of a lot of people but the decor and location were not the only things on peoples tongues. A lot of netizens doubted Azziad's age just as they did with fellow Tiktoker Kinuthia.

The hate must have gotten to the content creator as she finally reacted to the claims.

Responding to a TikTok video of a lady saying, " if Azziad is 22 years then I'm 16 years old," Azziad went on a rant to set the record straight.

"The age I just turned the other on the 16th of June has got a lot of people mad on social media and I am like alright what is your problem?

If you know me you know that I do not create such videos whereby I'm responding to people and the bad things they've said, worse things have been said about me." Azziad started.

"But that lady is not the only one who has a problem with it, a lot of people have a problem with the age I just turned the other day but she made a video and I'm sure if I ask her she'll be like oohh I was just creating content, nothing serious.

It's nothing serious yet you were attacking someone else’s age because they do not look the way you want them to look. Sorry that in the generation we live in people do not think you can achieve such kind of things that I achieved at my age." the content creator added.

"Am I were I successful? A little bit. Am I where I want to be? Not yet. Am I there? I'm on the right path.

I do not know why people do not believe that I can be so mature and so successful and so courageous and level minded at my age... People who have a problem with this are either one, my age mates and they are mad because they are doing nothing with their lives.

Or two are really older than me and they are jealous like you mean this lady is doing so much at 22 no way she can be 22." An angry Azziad said clearly irritated by netizens remarks on her age.

Azziad went on to add , rather sarcastically, "before my birthday I did not know that I had mothers on the internet who actually know the date I was born more than God and my real mother and myself. So please enlighten me if you guys know another date and year that I was born please let me know."

Before saying that even though her age was a lie she does not get why people would be so pressed about it. Urging people to heal and stop focusing on other peoples lives.

Even though I lied about my age, why are you so mad? Don't you think that you have a problem being so bothered and angry about someone else’s age? Heal and do something else with your life." Azziad finished off her rant.

Why the internet is an amazing gem

(PHOTOS): Kenyan Celebrities who capitalized on their fame

Some A-list celebrities in Kenya grabbed the opportunity and capitalized on their fame.
Entertainment
4 months ago
WATCH: For the latest videos on entertainment stories