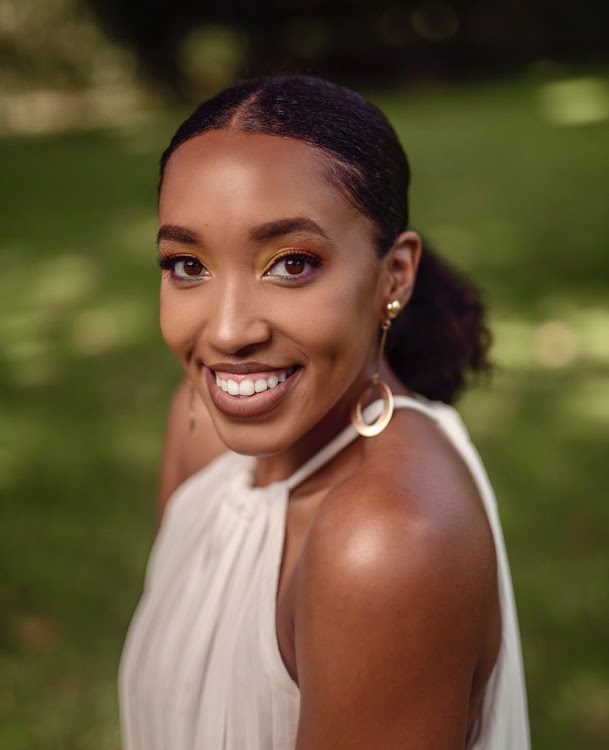 Mama Olive shared how incredibly traumatic the ordeal was as the officers failed to identify themselves and she was only in the company of her sister and her newborn baby girl.

She started by sharing a picture of herself in tears and captioned it, " I went through something really kind of traumatic yesterday. Traumatic because I was so scared and I had my baby in my arms. This was me trying to film what was going on at my house. feel the need to share because this is a company we all use and this is how they came to my house yesterday" 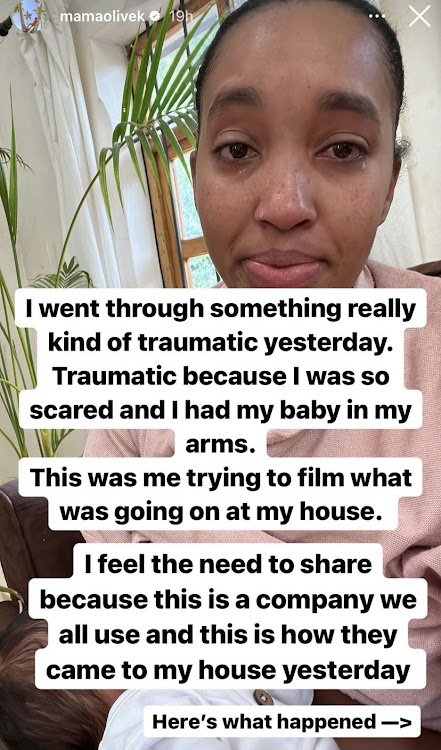 Before going ahead to narrate the full ordeal accompanying it with a video of her sister trying to talk to the officers asking them to listen to Mama Olive and remove the guns from her property to no avail.

"Yesterday, KPLC showed up at my house with armed guards with claims that something illegal was going on in my compound. They just walked through my gate and into my garden where I found them.

I did not let them in. I was holding my newborn baby while requesting multiple times for their KPLC ID so I could at least be assured that they are who they claim to be as well as that.

I vehemently expressed that the guns make me extremely uncomfortable and that I preferred for the armed guards to stay outside whilst they checked the meter." The social media influencer added that the officers not only refused to show her their identification but also to remove the guns from her property which she said completely frightened her.

The mother of three added, "They also did not offer me any explanation why they showed up in this MANNER. It is completely normal for KPLC to come and check meters, it's their job!

And I want to make it very clear, that I was completely willing to be cooperative, in fact, I was very accommodating with the only request being for them to show me their ID and for the guns to wait outside my compound, but them showing up with GUNS and using scare tactics is unacceptable! ESPECIALLY being a woman living ALONE with children!!" 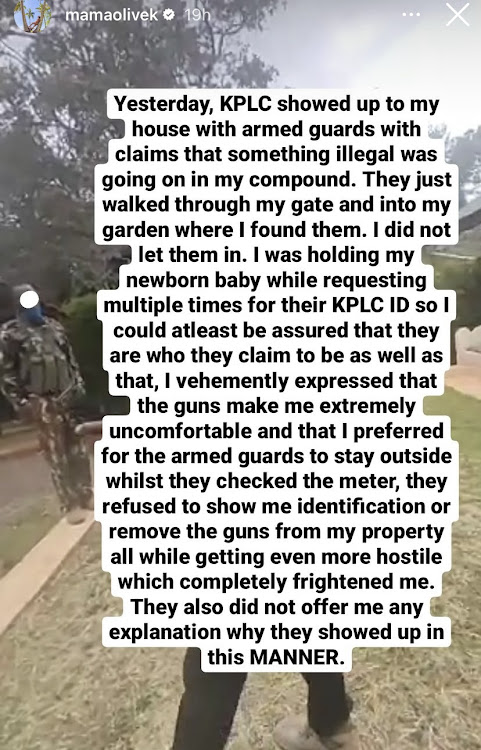 She insisted that her anger was over the fact that she had no reassurance that the people she was dealing with were actually who they said they were especially because of the severe lack of professionalism.

"I was incredibly scared if my kids got home what would happen if they saw these guns. I could very well have been alone. Kenya is NOT a gangster state!"

She shared a short video of the altercation and an unidentified man is heard telling them, "Stop taking photos...don't take photos of us" as he throws his hands at her.

Armed policemen can be seen around with another man seen going through her meter box.

Then an angry armed officer is heard and seen telling the uniformed KPLC man at the meter box, "nanii kata hiyo stima (disconnect their electricity)"  as he walks away.

Mama Olive finished off by adding that she had spoken to KPLC customer service and they were purposely being obtuse, asking her questions about the meters when she was complaining about weapons.

She also added that she had received a call from a KPLC guy asking her to delete any photos or videos she might have recorded,

"KPLC guy called to tell me to delete any photo and video evidence. How did he get my number and why would they need me to do this if what they were doing was okay? And again, why scare me? I'm a single mum of 3 girls, what danger was the KPLC guy in when coming to read the meter?"

Before adding that the officers had lied to her face about the landlord knowing that they were there. 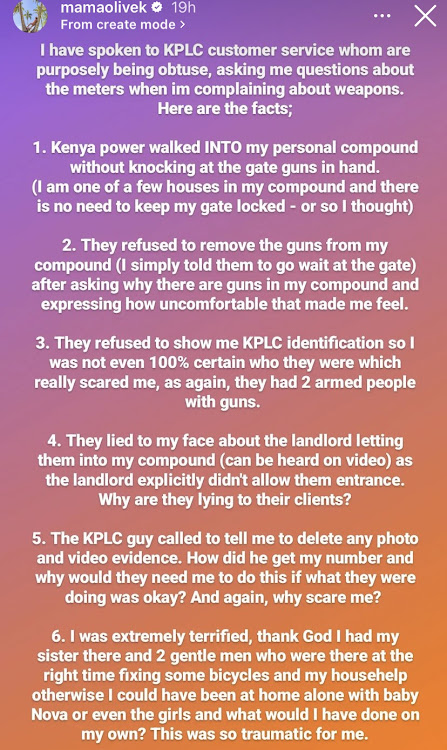 Clearly stating, " he lied to my face about the landlord letting them into my compound (can be heard on video) as the landlord explicitly didn't allow them entrance. Why are they lying to their clients?"

Mama Olive firmly added that there was no justification for the way in which they behaved, and the fact that they couldn't provide her with ID to check if they are legit is also a big issue as she needed to be reassured of her safety.

They instantly launched a chase where Deska drove fast towards the culprit and blocked his way. Yung Koded took to his instagram explaining the ...
Trending
4 months ago
WATCH: For the latest videos on entertainment stories