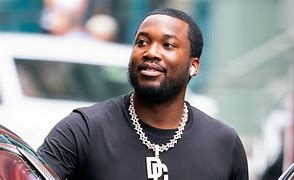 The news of his exit was confirmed on Billboard's official Twitter page.

This definitely left the netizens at large wilding as they reacted to this news and on top of that Meek himself finally broke his silence in regards to the exit.

One of the loyal fans was seen trying to play Meek’s advocate by bringing to light some of the works that Meek had been doing.

The netizen identified as, @florida_grand while replying to another netizen identified @camarawilliams, wrote ‘Thoughts on what @GovRonDeSaintis just did regarding criminal Justice reform. He’s been working with @MeekMill and @REFORM to make this happen.

This was following earlier news of Meek Mill and Jay Z working on bringing a new probation reform that was passed to help people in the probation system get a shorter term.

He further went on to tweet, ‘All I seen today was meek and roc part ways… I’m personally handling my own business so I can take the risk and grow.. we came to that agreement together..

I have a label deal with my artist and I   got reform super tied with them and many other investments wit jigga’. Quite a conundrum right.

The tweet has swayed the thoughts of many that the relationship between Meek and the Roc Nation Management.

Frankly speaking, the tweet has had me thinking about the various ways that majority of the public figures usually display a lot of hatred while in public but within their circles, they still continue to have their businesses and relationships growing stronger.

Jay Z says Beyonce is "an evolution" of Michael Jackson

Jay Z compared his wife Beyonce to the late King of Pop Michael Jackson in a recent chat with Alicia Keys on Twitter Spaces, saying Beyonce has ...
Entertainment
7 months ago

Rapper Jay-Z rose to the top of the list of artists with the most Grammy nominations on Tuesday, hitting a lifetime total of 83 that put him just ...
Entertainment
8 months ago
WATCH: For the latest videos on entertainment stories