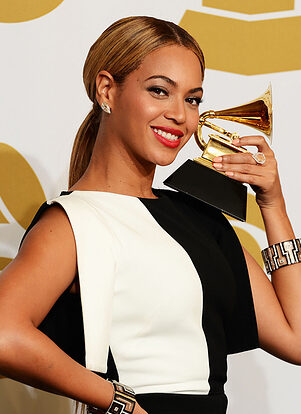 Well Kiss FM presenter Chito ndhlovu woke up and chose violence! He was like I'm going to go through this day causing havoc. I have no bee allergies so let the BeyHive come for me.

It all started when his co-host Cyd Wambui asked, "Why do people compare Jennifer Lopez to the likes of Beyonce?"

And an oblivious and equally shocked Chito asked, "People actually do compare the two?"

And I honestly thought it is because he is a member of the BeyHive so he was about to go all full Beyonce mode.

But nopes that was far from the case. Cyd went on to explain why she had brought up the subject.  " Like her quality of music.... I mean she has been in the game for the longest. But listening to her music I do not get that wow factor."

Chito who had actually not gotten over the shock still asked if she was serious that people actually compare the two. " People compare the two? Because for me Jenniffer Lopez and Beyonce are in two different worlds."

And this is where it gets really interesting ladies and gentlemen. Cyd also apparently had the same thought as I did, team BeyHive right? Wrong!

"I know right! Beyonce is better isn't she," an excited Cyd Wambui said but much to her dismay her co-host did not agree with her.

" Beyonce is not good as well," Chito dropped the bomb casually as if he was just reminding us the sky is blue and Cyd could not hide her shock as she exclaimed.

"You people just over rate Beyonce, people be there like oohh my God what not. Beyonce is not the best artist in the world" Chito continued with his attack on Queen Bey and her Hive.

Cyd shouted at him to stop the slander as she could not take it anymore, "Chito why would you say that?" She asked in a sad meek voice.

Yes, she is but the way she is rated and her talent? Nopes. Alicia Keys has way better talent than Beyonce," Chito said matter of fact.

Cyd tried defending the Hive by pointing out Beyoncé's performance skills, her vocals, and the instruments she plays but Chito was not buying it.

He finished off by admitting yes Beyoncé is good but according to him, she is not the greatest of all time.

Chito just said Bey isn't the G.O.A.T and he did not stutter!

All about Beyoncé upcoming album Renaissance