Fun facts about marathoner, Eliud Kipchoge you need to know

The seasoned athlete improved by 30 seconds on his previous mark of 2:01:39, which he established in the German capital in 2018. 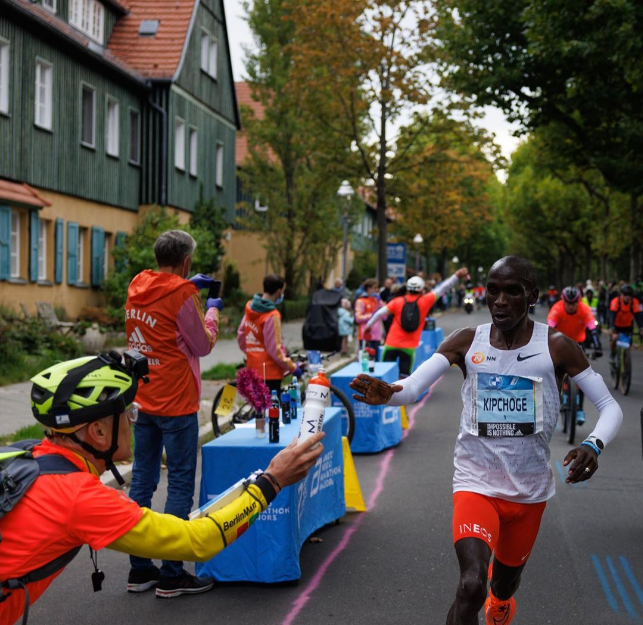 Eliud Kipchoge exceeded expectations by setting a new record and won the Berlin Marathon with a time of 2:01:09.

The seasoned athlete improved by 30 seconds on his previous mark of 2:01:39, which he established in the German capital in 2018.

The two-time Olympic marathon champion will receive over Ksh 3 million in prize money for his amazing performance, according to hdsports. He outperformed his rivals to win the event.

Here are quick facts to know about THE GOAT:

1. He was born in Kapsisywa in Nandi County and will be turning 38 years this November 4th.

2. For those into Zodiac signs, Kipchoge is a Scorpio and is 5ft 6 inches tall.

3. Kipchoge is a married man

Eliud is married to his sweetheart Grace Suggut. They met in 2003. They were introduced to each other by Grace's brother. The couple attended the same primary and secondary school.

The two began dating in 2003 - a time when Kipchoge won gold in his first World Championship marathon in Paris.

4. Eliud and Grace have three children together - two boys and a girl.

5. Kipchoge loves his rural home. His strong family foundation has seen him chose to settle ushago more than the city.

7. Eliuds nickname is The Philosopher

9. A state of the art library in his honor was opened by Former President Uhuru Kenyatta in Nandi. It was to honor his Ineos win.

10. Eliud's coach is Patrick Sang. Sang trained Kipchoge for the INEOS challenge . The two have worked together since 2002.

Whenever he is competing in a race, athlete Eliud Kipchoge exclusively takes water from one man.
Entertainment
4 months ago

Grace mentioned that their three children Lynn, Griffin, and Gordon are stirred to see their father conquer odds.
Entertainment
4 months ago