The 20-year-old has shown all of this in spades, having established herself in the music industry at a very young age and bringing home several awards. 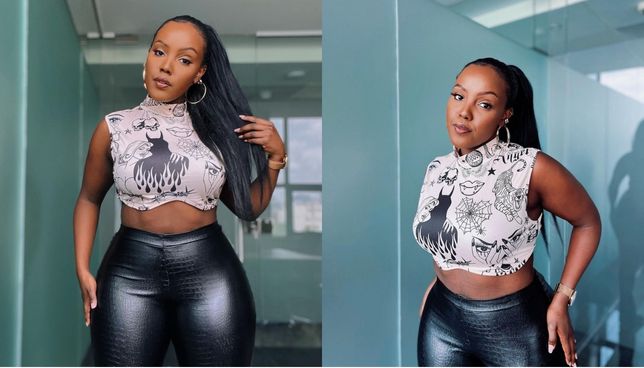 Kenyan singer and songwriter, Nikita Kering' has been named as Spotify's Equal Program ambassador for the month of November.

Each month, Spotify names an Equal Ambassador to honor game changers across the industry

Singers who get the opportunity to be ambassadors of the program are known to stand out and showcase high levels of confidence, compassion, and, of course, fierceness in their work in the entertainment industry.

The 20-year-old has shown all of this in spades, having established herself in the music industry at a very young age and bringing home several awards.

Other fellow Kenyan female musicians who have previously been named as ambassadors of the program include Muthoni Drummer Queen and Sylvia Ssaru.

While receiving the honor, Kering expressed her gratitude, saying the platform allows her to highlight some of the experiences women go through, in hopes that gender equity can be achieved in the industry.

"I’m so honored to be the Spotify Africa Equal Ambassador for the month of November. Through this platform, we highlight women’s experiences, in hopes that we can achieve gender equity in the music industry," she said.

Below are five interesting facts you need to know about her:

The list of Nominees for the 2022 All Africa Music Awards (AFRIMA) is our and and heavy weights are set to battle out for the coveted Award in ...
Entertainment
2 months ago