Tecra died on May 3, 2020, with Lali saying she had fallen down the staircase. 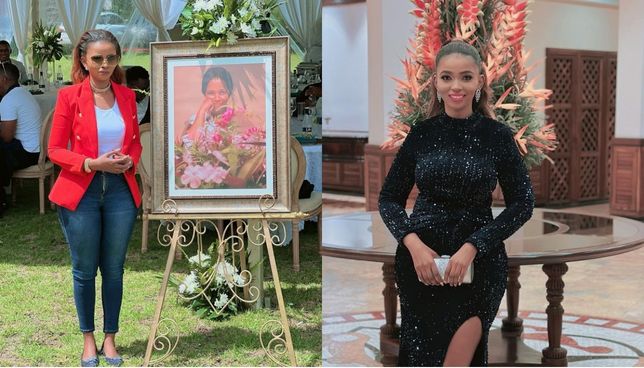 Speaking in a live session on Saturday night, the Keroche heiress slammed allegations by her ex-boyfriend Omar Lali as untrue.

"I saw someone talk about my sister using cocaine. She was not a drug addict,"Anerlisa said.

Tecra died on May 3, 2020, with Lali saying she had fallen down the staircase.

Anerlisa said the only alcoholic drink her late sister enjoyed was a glass of wine.

"Even in her pictures, you see glasses of wine. Things to do with cocaine, it is all lies,"

"It hurts because if you loved someone, why come and trash-talk them?", she said.

Anerlisa said if she ever loses someone close to her, she would defend them since they can never defend themselves.

"If I am ever in such a case, I will never come out and talk bad about a person I ever loved. I don't understand how you say you loved someone then you are here spoiling her name," she said.

Speaking to Milimani Court senior principal magistrate Zainab Abdul on Thursday last week, Lali, the last man to be with her, said she loved cocaine so much.

He said one day back in 2019, he asked her why she loved the hard drug so much after she had confessed to him.

According to him, she simply retorted by saying, "Because naipenda."

He also said that Tecra wasn't just a casual drinker but a heavy one.

In her live session, Anerlisa wished her sister a peaceful rest.

She also revealed that Tecra was the brains behind her water company, Nero Waters.

"She was a genius and she put so many brains into the company. She wrote things that she wanted me to achieve. None of my siblings has her brains."