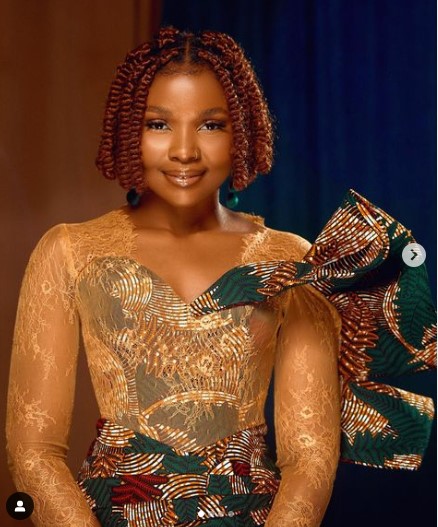 Zuchu's event promoter Sue Gachambi, based in the USA, bashed African artistes for being 'Know it all' in America where they are not as famous.

On her IG stories, the event organizer went on to state how 'rude' some artists tend to be during their abroad concerts.

The promoter also commented about the kind of audience that comes to American concerts who earn so much more than the artistes asking African musicians to remain humble.

"The audience is such as doctors and lawyers who earn more than you do, but they are only here to have a good time. A good show is for humble people not 'know it all," she stated.

The event promoter also hosted Zuchu's tour in America as can be seen on her Instagram page. 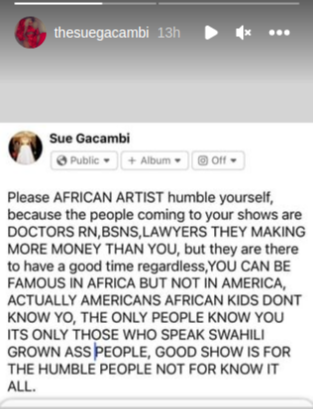 The controversial Kikuyu commentator’s statement comes days after the Zuchu went crying on her Instagram page after her event flopped in Houston Texas.

Although the 'Raha' singer failed to explain why her event failed, according to a friend of hers, Zuchu's Houston event was only attended by 48 people.

The event organizer has also hosted artists such as Samidoh who is currently on a tour abroad. She recently put up a poster to promote Samidoh's next performance.