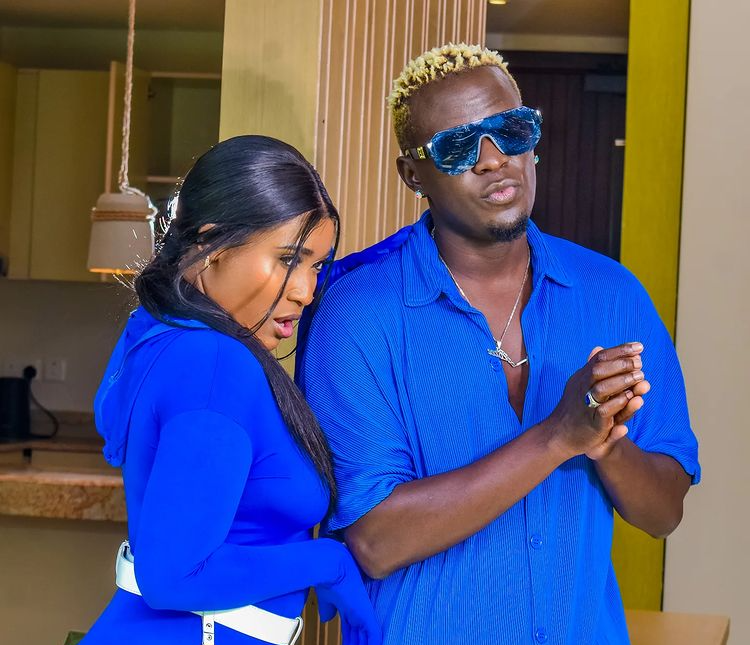 Kenyan songstress Jovial has finally made it clear that she is not in a relationship with fellow musician Willy Paul.

in a Q&A session via with her fans, Jovial said that it was all business and its about time she sets the record straight.

The singer explained that they all benefited from the fake relationship but its time to put thing in 'black and white'.

She maintained that they are just friends and nothing more.

"Okay, I'm done. Poze is not my man. He is my friend, it was business and we both benefited from it. Now back to reality! I'm a suffocating woman, Nimeshindwa kuvumilia .Mungu anisaidie kwa yatakayo fwata Mayoo," Jovial said.

The confirmation comes days after fans speculated that the two are no longer together.

A fan speculated that Willy Paul had used Jovial and then ran for the hills just like Murife.

Replying to the comment an exasperated Jovial asked the netizen to continue harbouring such stupid thoughts because after all, every village needs a fool.

Endelea kuwa mjinga wa jamii!" Wrote Jovial indicating either she and Pozze were still very much together or either they were not yet intimate.

Willy Paul, however, who is known for not mincing his words quipped in the matter to dispel any negative thoughts that people might have regarding his relationship with Jovial.