In their submissions filed in court, the prosecution has asked the court to find both Maribe and Jowie a case to answer for the murder of Monica. 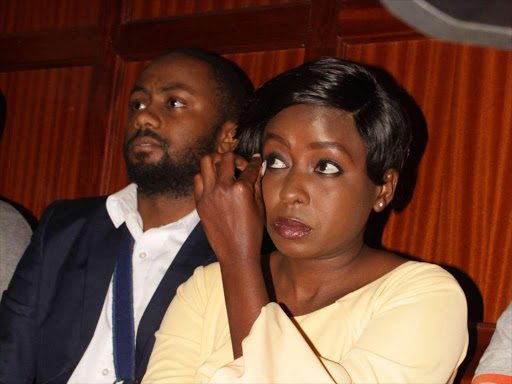 In their submissions filed in court, the prosecution has asked the court to find both Maribe and Jowie a case to answer for the murder of Monica.

The court has heard testimonies from 35 witnesses and after considering submissions from the state, Jowie and Maribe, the court will then make a ruling on whether they will be put on their defence or acquitted.

Assistant DPP Gikui Gichuhi says all events leading to the murder and subsequent lies made by Maribe to the police show that she planned with Jowie to kill Monica.

“This points to a calculating mind that planned ahead with Jowie to ensure the murder of the deceased,” Gichuhi says.

Gichuhi says Maribe and Jowie were principal offenders, had a common intention and acted in concert to eliminate the deceased person.

She relied on a court of appeal judgement that held that aiding and abetting generally means somehow to assist in the commission of a crime or to be an accomplice.

“It is not necessary that the aider and abettor had knowledge of the precise crime that was intended and which was actually committed, as long as he was aware that a crime would probably be committed, including the one actually committed.” The submissions read in part.

The state has also told the court to consider the fact that Maribe made no attempt to disassociate herself from the actions of Jowie and instead helped him to burn evidence.

“The demeanour of Jowie and Maribe should also be taken into account at the time of investigations which entailed giving false information to the police to during the trial where the accused in some cases missed court proceedings or did not comply with bail conditions granted,” Gichuhi claimed.

Jowie through his lawyer said Monica may have fought with the said Sudanese man over a text message.
Trending
2 months ago

Maribe is charged alongside Jowie Irungu with the murder of Kimani.
Trending
8 months ago