Rugby 7's Dennis Ombachi reveals how he learned to cook 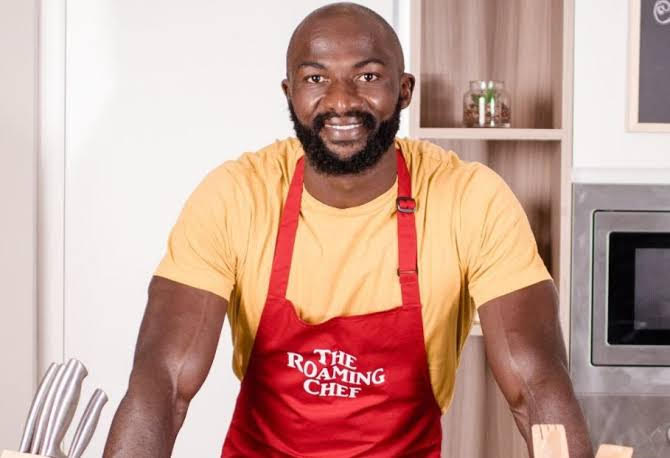 Deniss Ombachi reveals where his passion for cooking came from
Image: Courtesy

A master of knives and tasty meals, Kenya 7's rugby player Dennis Ombachi popularly known as the Roaming Chef has opened up about his passion for cooking and where he learnt the skill from.

If you don't know Ombachi, he's the guy who cooks from a balcony and always says done after every step. He also chops things up like he has super regenerating cells like Marvel's Deadpool.

Dennis in an interview with Nairobi News revealed that his love for cooking instead a newfound thing. He has always loved being in the kitchen ever seen he was still young.

According to the father of two, growing up he adored being around his mom especially when she was preparing meals. He loved watching her art, giving love form in the shape of tasty meals.

“I love being next to my mom. When I was younger, I always watched her cook for us and that’s how my cooking passion developed.

By just watching how my mom did her cooking, I learnt some skills which I knew would help me in the future,” ” Ombachi revealed. 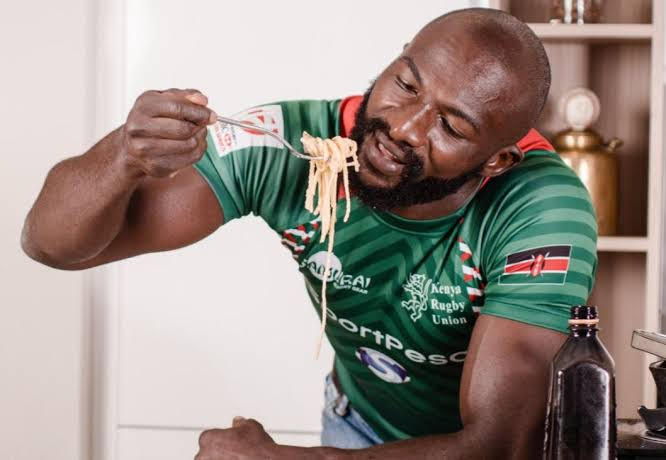 The rugby beast who has represented Kenya in numerous international rugby tournaments, including the 2013 Rugby Sevens World Cup in Russia and the 2016 Olympic Games in Rio de Janeiro, added that he learnt to bake his first cake while he was young.

So why perfect his cooking skills? Ombachi makes it clear that he has a big appetite for meals, he loves eating and this pushes him to learn how to cook better so that he can feed himself better.

“I am a big fan of eating, I love food and that makes me a huge cooking fan. Because of these two aspects, I had to train myself on how to prepare different recipes,” Roaming Chef added.

Ombachi found his niche and capitalized on it.

While cooking at home he shares videos on social media of what he is cooking and the steps to follow. He also shares different recipes for his fans to try at home.

“I have invested so much in my cooking skills. I have cameras that I record myself live while cooking. I also share different food recipes online for my viewers,” he said.

Ombachi has also been in the limelight after some of his food-related videos were highlighted by the popular American online media franchise, First We Feast, which is home to popular shows including Hot Ones, Food Grails, The Burger Show, Pizza Wars, Snacked, Food Skills and Feast Mansion.

This year he got took home the TikTok Top Creator 2022 Sub-Saharan Africa Winner award for his entertaining food/cooking videos.

TikTok’s inaugural #TopCreator2022 is an award ceremony that recognises and awards content creators across Sub-Saharan Africa for the immense talent and creativity they brought to the platform in the past year.