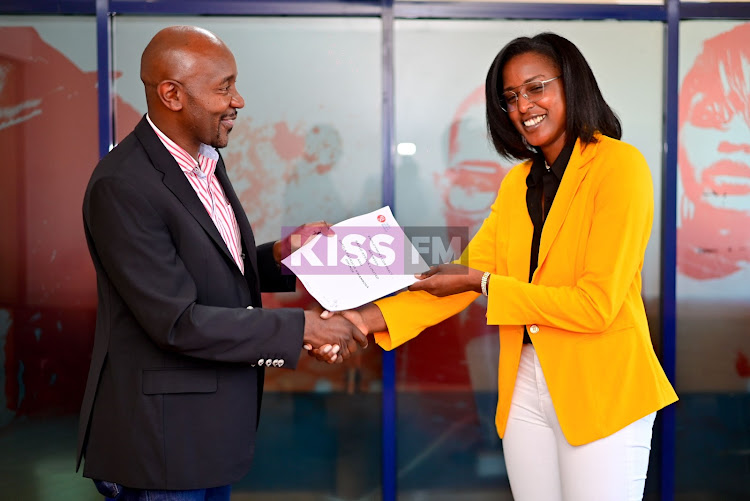 She is loved by many thanks to her energy.

But how much do people really know about her?

Below are some fun facts about Kwambox.

1. She is not married

Beautiful as she might be Kwambox is still in the market until someone finally decided to put a ring on it.

She is the definition of beauty and brains, if such girls are your type go ahead and shoot your shot.

She says she got into the pageant to please her mum and get her off her business.

3. She will never want to be a news reporter

Kwambox briefly worked for K24 covering the 2007 elections and the sight of dead bodies made her change her mind about being a news presenter.

4. She was a basketballer

If you have ever seen Kwambox, her height definitely tells you she can play basketball.

The soft-spoken radio host quit playing basketball after she suffered a knee injury.

Although born in Nairobi, her mum hails from Kisii.

7. She is a corporate and Events Emcee