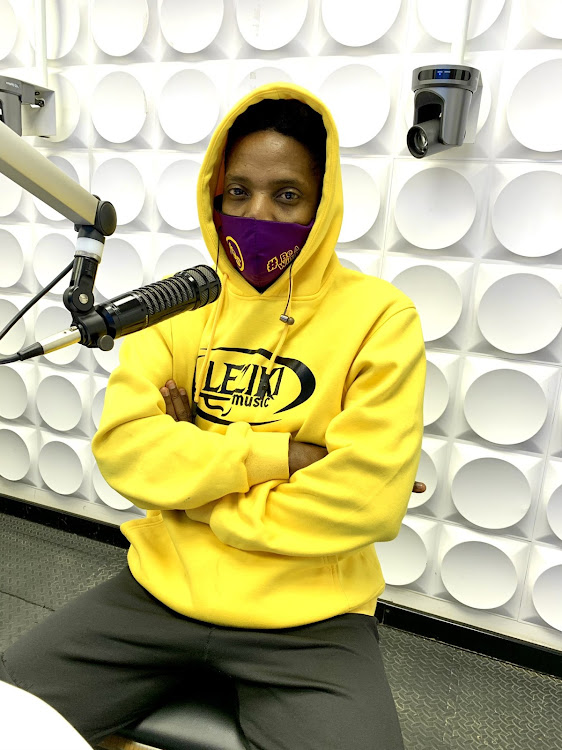 "We have become a Cemetry!!! It is utter DISGRACE that our musicians have become mere Curtain raisers for international acts. We have become clowns in our own land. Every weekend there is a group of 3 or 4 foreign artists in this City Nairobi." wrote the comedian in a post

He added "GENGETONE is DEAD and BURIED. Today I see @joemuchiri1 heading down to Nanyuki for the monthly AMAPIANO TOUR. Guys we have a F#CKING MONTHLY SOUTH AFRICAN THEMED MUSIC FESTIVAL in our Country!!! We have lost OUR GLORY!!!"

"In Less than two weeks we had Etana, Omahley and Konshens is on his way. Where are the Kenyan CONCERTS???? We have become REDUNDANT, PREDICTABLE and BORING. We NEED to PUT in the WORK, to reclaim our GLORY we have to INVEST in our ART!!! GOD knows I am PERSONALLY TRYING my level Best. The CURFEW has been LIFTED, it's time to DUST ourselves and get to WORK. We can do it, we have all it takes to RECLAIM this lost Glory. Let's have South Africans hosting Monthly GENGETONE festivals in Johannesburg, let's get our Muscians Storming other COUNTRIES and CITIES every weekend. It's time!!! ATTACK!!!!!!!!!"

His comments didn't sit well with most musicians.

Femi One wrote;  Lol!! Y’all are used to women in the industry bowing down …not me tho !! I speak my mind I’m no ass kisser …Hamnanga come back ingine ispokua ya utawezana?!Endelea na visanga Uko karibu kukua m funny !!

Bien-Aime added; "If comedy had a buttcrack or an armpit, It would be you."

"This whole caption is bullishit, how many Kenyan artists have dropped albums & EP in the past 2 years?? Very many but you wouldn’t know coz you don’t care to support or appreciate the strides being made in the Kenyan music scene. Fagia kwako & look for better content don’t act like you are at your peak coz pia wewe unajua umekuwa ukiangusha besides you can only pull people down if you’re beneath them. Do better!!"

Jua Cali also shared a video clapping back at Omondi as he urged him to focus on comedy.

So I was there in a cold corner because I would have defended Eric and blame Covid-19 but then I don't want to hurt this person and all.
Entertainment
9 months ago