Nameless opens up on marriage difficulties 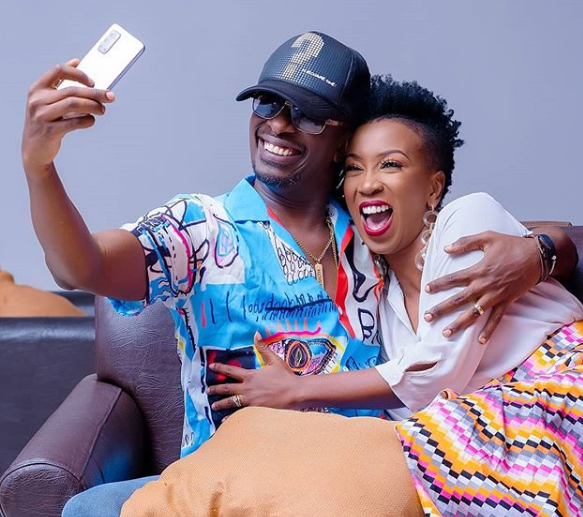 Nameless and Wahu are considered couple goals. Infact, some fans refer to them as the 'SI Uni't of marriage.

But Nameless reveals that it is not a bed of roses, he admitted during an interview with MC Jessy that he has spent several nights sleeping on the couch.

‘YOU KNOW MC JESSY, LET US TELL PEOPLE THE TRUTH. THERE ARE TIMES I HAVE SLEPT ON THE COUCH AND IT REALLY HELPS THE MARRIAGE. AT TIMES YOU NEED TO TAKE TIME OUT,” SAID THE SINGER'

He went on to tell men to invest in good couches just incase there comes a time they can't sleep in the bedroom.

'ONE THING I WOULD LIKE TO TELL MEN, THEY SHOULD BE VERY KEEN WHILE BUYING FURNITURE FOR THEIR HOUSE.

ENSURE THAT YOU BUY SOFAS THAT YOU CAN USE AS A BED. WHEN THINGS GET TOUGH IN THE BEDROOM, YOU WILL NEED THAT SEAT NOT ONCE OR TWICE,” SAID THE FATHER OF TWO' The two have been together for over 15 years now and are blessed with two daughters.

'Don't do things for show' Wahu on starting a YouTube channel

Wahu and Nameless and the couple we all look up to. I mean all both young and old.
Entertainment
2 years ago