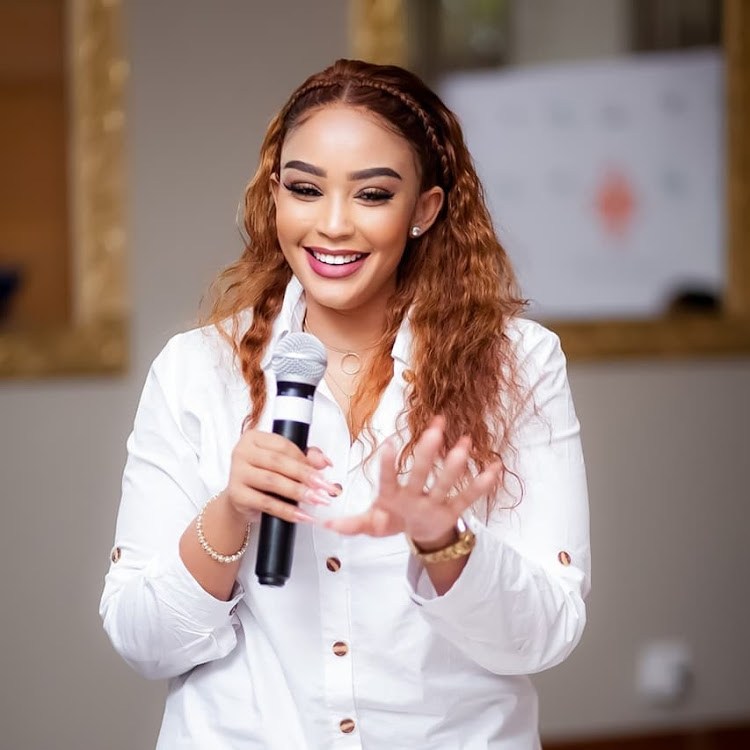 Zari is describing her new lover as her husband. Zari has been seeing together with the Ugandan man weeks after she parted ways with GK Choppa.

On why he has been accompanying her to her trips in Kenya, Uganda and Tanzania, she said;

“I am at work and my husband doesn't get involved with the things I do) he respects me."

Although she has introduced some of the men she was dating to her fans through social media, her most famed relationship was with Diamond Platnumz.

It was in that relationship that East Africa grew fond of the business woman. The ex-couple who are now in good terms sired two kids.

In her break up message during 2018's Valentine's day, Zari shared a black rose as she announced her split with Diamond over what she said was infidelity.

"Understand that this is very difficult for me to do. There have been multiple rumors some with evidence floating around in ALL SORTS of media in regards to Diamond’s constant cheating and sadly I have decided to end my relationship with Diamond, as my RESPECT, INTEGRITY, DIGNITY & WELL BEING cannot be compromised." She wrote

She added that they were separating as partners but not as parents.

"This doesn’t reduce me as a self-made individual, and as a caring mother, and the boss lady you have all come to know.

I will continue to build as a mogul, i will inspire the world of women to become boss ladies too.

I will teach my four sons to always respect women, and teach my daughter what self-respect means.

Unlike many, I’ve been in the entertainment industry for 12 years, and through all my challenges I came out a victor because I am a winner, and so are all of you Zari supporters."

Diamond has also since moved on. After Zari, he publicly introduced Tanasha Donna as his bae but split after dating for over a year. The couple is blessed with a son.

Diamond also has a son with Tanzanian model Hamisa Mobetto.

The Tanzanian singer is rumoured to be dating his fellow label mate Zuchu but the two are yet to confirm nor deny these rumours.